You Need To Know About Blood Clots 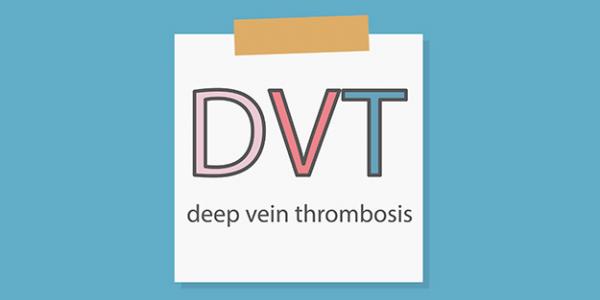 You Need To Know About Blood Clots

This week’s headlines shouted about the increased risk of abnormal blood clotting – venous thromboembolism (VTE) – in the lungs of COVID-19 patients in intensive care units. A key trigger seems to be the cytokine storm where the immune system goes into overdrive and attacks the body. Widespread inflammation ensues which damages veins leading to clots. So COVID-19 patients in ICU are now routinely given an anticoagulant to thin the blood (low molecular weight heparin or LMWH). Together with much decreased use of mechanical ventilators in favour of less invasive Cpap machines (which blow air into the airways to help breathing), this appears to have significantly reduced the death rate.

In fact, all patients in ICU and in hospitals generally are known to be at risk for clots: deep vein thrombosis (DVT), which usually occurs in the calf or thigh, and pulmonary embolism (PE), in the lungs. Underlying causes include physical trauma, surgery and prolonged immobility.

According to Thrombosis UK, blood clots account for more deaths than breast cancer, motor vehicle accidents and AIDS combined, with one in four deaths due to blood clot-related causes. VTE is the main cause of preventable deaths in UK hospitals with up to 60 per cent of cases occurring during or in the 90 days following a stay in hospital.

But that still leaves some 40% of cases and, as I found recently, you don’t need to be infected with COVID-19 or in hospital to suffer from a DVT, which could progress to a life-threatening PE.

And you don’t need to have all the other usual risk factors, such as being overweight, smoking, having cancer, heart conditions or varicose veins, or taking HRT or the Pill.

In early December last year, I’d been away for a week, leaving my husband home alone. The first morning I was back, he brought me a cup of tea in bed and, almost simultaneously, lifted his right leg up in front of my face, asking me why there was a painful lump on the calf.

Coming to rather rapidly, I asked how long it had been like that and if he’d bumped it. About five days, he thought, and no. Whoa! And this is what’s REALLY IMPORTANT for everyone to read, mark and remember because it could be lifesaving.

I felt the painful area, which was about two by one inches, red and a bit purple, warm, distinctly swollen but, unlike most swellings, hard to the touch as well as sore when I pressed it lightly. And it was in one leg not both. A quick look on the NHS website confirmed these are the classic symptoms of a DVT. Although, confusingly, only in a minority of about 20% of people; 80% show no outward signs other than pain.

Every medical website tells people who suspect they have a DVT to go to a doctor immediately. That’s because, during the first few days after the clot forms and up to about four weeks on, part of the clot in your vein can break loose and travel through your bloodstream to your lungs, causing a pulmonary embolism (PE), which can be life threatening. Estimates vary but about one in four patients with PE die.

Back to that Monday morning and I’m trying to be calm. Firstly, call the GP. No appointments for two days unless medical emergency. Husband refuses to ring back and say it might be an emergency (his mantra for most things is ‘it will be allright’ – I don’t think I screamed out loud). Secondly, go to Casualty. Last time he went it was a chaotic nightmare and he sat for four hours. So he refuses and goes off to make breakfast.

It’s 8.30 am and I’m really worried. That clot could be breaking up and travelling to his lungs while he munches his healthy bowl of mixed fruit, nuts ‘n seeds and natural bio yogurt. Thank goodness I have the mobile number of John Scurr, a leading expert in vascular medicine who’s helped me with articles over three decades. So, 8.35am and I ring John. He sounds slightly surprised but responds immediately when I tell him the reason. He reassures me it’s probably superficial but by 5.45 that afternoon, Alex has had an ultrasound scan and a diagnosis – I couldn’t be there but John texts me to say ‘you were right…’.

The NHS recommendation is that patients should have a scan within 24 hours if a doctor suspects a DVT, and possibly an X-ray of the vein (venogram). While the patient is waiting, they may be given an injection of a blood thinner (anticoagulant).

Alex was put immediately on a three-month course of anticoagulant tablets (rivaroxaban) and told to come back for a check up in two weeks. The clot, which was actually behind his knee, did start to dissipate over that time and disappeared within about a month (the average is two to six weeks).

Although Alex is on the lean side and didn’t have most of the usual risk factors, he was 68 and being over 60 is a risk. With me away, he was also free to sit at his desk for hours at a stretch without his wife nudging (okay, nagging) him to get up and walk about every hour. Immobility is a noted risk factor, as in being in hospital or on air, train or car journeys of three hours or longer – at your desk… I also suspected he was dehydrated (without me there to plonk glasses of water in front of him), which makes a DVT more likely.

Alex has recovered from that episode but I do shudder when I think what might have happened. It reminded me of Jasjmin Muller, then 37, a management consultant and super-fit endurance cyclist. She thought she was the embodiment of supreme health until she had a DVT, (which she had to fight to get scanned as her GP diagnosed cramp), and found she had several risk factors including being on the Pill, cycling and consequent dehydration, also compensating for lost work time by spending days sitting at her desk without moving.

So, please, don’t dismiss a pain in your leg even without other symptoms. Consult your GP as a possible emergency, or take a book and a flask to A&E and sit for as long as it takes – and, if necessary, make a fuss.