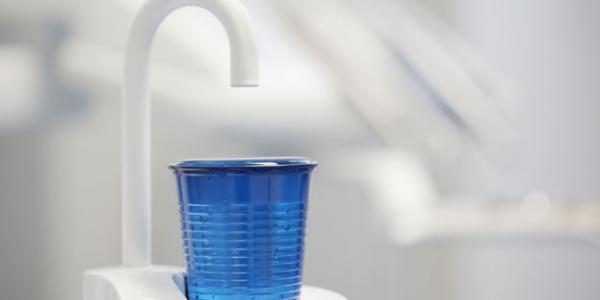 You may be surprised to learn that gum disease is the most common disease affecting between 50% and 80% of all adults. What is even more startling is that this research points to the link that poor oral hygiene, leading to gum disease, may also contribute to other diseases such as heart disease, diabetes and arthritis.

There are more than 400 species of microorganisms, predominantly bacteria, which reside in the mouth. Most of these are necessary for maintaining healthy teeth and gums, however a small percentage of bacteria can cause significant damage leading to gum disease.

What is gum disease?

In order to tackle gum disease, it is important to understand how this develops and the contributory factors that lead to it.

Gum disease begins with the formation of plaque, an invisible sticky film that covers the teeth and is formed when starches and sugars from food interact with the bacteria in the mouth. Although most of the plaque is removed whilst brushing, if any of it is not removed then it begins to harden up under the gum line and forms into tartar. Tartar is the white substance that attracts bacteria and makes plaque even more difficult to brush away. Tartar also bonds to the teeth and should only be removed by having your teeth cleaned professionally by a hygienist or dentist.

The longer plaque and tartar persist, the more damage they cause to the gum tissues. Initially, this may be mild inflammation at the base of gum tissues, which is known as gingivitis. Signs of gingivitis include bad breath, swollen, red, inflamed, or receding gums with slight bleeding whist brushing. If left untreated, gingivitis can lead to periodontitis or periodontal disease. The tartar, plaque and bacteria fill up between the gums and teeth leading to pockets which over a period of time can result in infections, which may lead to both the loss of gum tissue and the loss of teeth.

The truth is that gingivitis can be prevented with regular and proper brushing, flossing and mouthwashes. Ensuring that you counter the first signs of gingivitis is very important since periodontitis is serious and reversing the damage caused by plaque and tartar requires specialist attention.

Whilst poor oral hygiene can lead to excessive plaque and tartar build-up, other factors also contribute to gum disease as outlined below:

Smoking: Aside from damaging your health, smoking compromises the immune system making you more vulnerable to gum infections. Additionally, smoking affects the circulatory system preventing the supply of vital oxygen and nutrients to the gum tissues. Smoking also depletes vitamin C levels in the bloodstream, which is an important nutrient not just for preventing gum disease, but for the optimal function of the whole body.

Drugs: Numerous cold remedies, antihistamines and certain antidepressants reduce the production of saliva. Saliva cleanses the teeth and inhibits the formation of plaque. Certain medications which interfere with the immune system can lead to an overgrowth of gum tissue which makes removing plaque very difficult.

Genetics: Research indicates that a certain percentage of the population may be genetically susceptible to periodontal disease. This type of research is relatively new and it is thought that this only affects between one percent and 10 percent of adults who suffer from periodontal disease.

Nutrient deficiencies: It is a well known fact that people with low calcium intake have a greater risk of periodontal disease. Likewise, vitamin C and the enzyme Co-Enzyme Q1O are also implicated. Nutrient deficiencies may also occur as a result of drinking certain beverages and sparkling drinks.

Regular and correct brushing as well as flossing are the key to maintaining healthy gums, teeth and mouth. Check your gums regularly – they should look pale and should be firm to touch. If your gums look swollen, red or purple, sore to touch or bleed when you brush, then a visit to your dentist would be advisable. The sooner you address this issue, the better your chances are of reversing gum disease and preventing serious problems later on.

If you already suffer from bleeding gums, gingivitis or simply wish to prevent possible problems later on in life, I am going to recommend some remedies that I believe may be of great value in maintaining healthy gum tissue.

Firstly, I would recommend the use of Peri Gum Mouthwash Concentrate. This mouthwash contains seven herbal extracts including essential oils which have antibacterial properties to help kill pathogenic species of bacteria. The herbal extracts within the formulation may also help to address the inflammation associated with gum disease. Herbal extracts in Peri Gum Mouthwash help to enhance localised circulation to promote the healing of gum tissues as well as having an astringent action to shrink swollen gum tissue. Mouthwashes are very good supportive products and should ideally be used twice a day since the active compounds are not retained in the mouth over a long period of time.

If you already suffer to gingivitis then aside from Peri Gum Mouthwash, I would recommend the use of Co-Enzyme Q1O together with a good vitamin C supplement.

CoEnzyme Q10 is required and used by every single cell within the body for numerous functions. Levels of Co-Enzyme Q1O decline with age and by the time we reach our forties, levels of this nutrient decline to roughly half what they were when we are in our twenties. Known as ubiquinone, in order to benefit from this enzyme’s energizing and cell protective properties, ubiquinone is required to be converted into ubiquinol before being utilised by the body. This conversion is easy when you are young but as we age, the conversion of ubiquinone into ubiquinol is challenging.

Low levels of CoEnzyme Q10 are thought to be one of the primary reasons for ageing because this enzyme fuels every single cell of the body and is vital for cell division and regeneration. Research in the early 1970’s showed that Q10 levels were found to be very low in those who suffered from gingivitis, bleeding gums and periodontal disease.

Dr Irfan Mian, past Chairman of the Federation of London Local Committees, used Co-Enzyme Q10 alongside routine therapies in patients with soft tissue diseases. The initial study involved 40 patients who were given 90 mg of Co-Enzyme Q1O (ubiquinone) together with selenium and zinc, and showed marked improvements in the health of gums within six weeks. Even when Co-Enzyme Q1O was administered on its own, the results were similar. A few thousand patients later, the results remained the same.

It is theorised that Co-Enzyme Q1O works to increase energy production and boost micro-circulation in the infected tissues thereby helping to improve oxygenation within these tissues and encouraging the healing process. Whatever the theory, we know that it works!

Which Co-Enzyme Q10 should I take?

There are so many Co-Enzyme Q1O supplements with varying doses and some with added ingredients for specific concerns. It is for this reason that I thought some clarity would be useful.

The specific supplement used by Dr Mian in his study was PharmaNord’s Bio-Quinone Super Q10 with a dose of three capsules to be taken with some sort of a fatty meal to aid the absorption. Since this study was carried out over a decade ago, research into Co-Enzyme Q10 has moved on and we now find that the more readily available form of Co-Enzyme Q10 is ubiquinol which is available as Super Ubiquinol Co-Enzyme Q10 in 50mg and 100mg strengths. For mild periodontal disease, a dose of 50mg should be sufficient based on current research, however for severe periodontal disease I would recommend 100mg daily.

Vitamin C and its benefits for gum disease

A deficiency in vitamin C is also directly linked to gum disease. Higher rates of periodontal disease are found in people with low intakes of vitamin C. Vitamin C works to calm inflammation in the body and is also required for the regeneration of soft tissues and bone tissue. The problem for many people with periodontal disease is the fact that often they cannot eat oranges, strawberries, grapefruit and other sources of vitamin C because these sources may inflame the gums which are already swollen. It is for this reason that I would recommend the use of a supplement such as Fast C with Dihydroquercetin by Life Extension, take one or two tablets daily.

Vitamin C levels in the blood are under tight control, making it difficult to achieve optimal levels, even with very large oral supplement doses. This tight control arises from three basic mechanisms: control of absorption, control of excretion, and control of vitamin C degradation in the tissues. Fast-C will rapidly elevate vitamin C levels in the blood and will ensure that these levels are kept in the body for longer periods of time and therefore may help to protect the body against numerous concerns associated with vitamin C deficiency including gum disease.

Silver is one of the oldest natural antimicrobials known to man. Scientific studies indicate that silver kills germs including bacteria, many types of viruses and fungi on contact. Silver also works as an anti-inflammatory and it is the combination of these two properties that explains why there are many types of silver products from topical gels, skin creams and sore throat sprays.

With specific reference to preventing and treating gum disease, I would recommend the use of SilverSol Tooth Gel which will help to eradicate the bacteria living in the pockets of gum tissue responsible for causing cavities and for causing the destruction of gum tissue. Silversol Tooth Gel is free from parabens and other petroleum derivatives as well as foam boosters found in many other toothpastes.

Optimal oral care is absolutely imperative for anyone wishing to live a long and healthy life. Your mouth deserves the best care possible especially later in life when the risk of gum disease and its association with other concerns are at the greatest. By maintaining a good oral hygiene routine together with the use of appropriate products may help to prevent and/or treat gum disease. 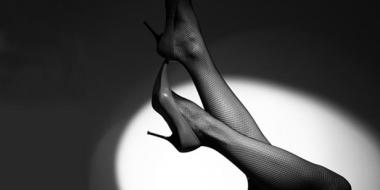 Gum problems? It’s time to brush up your skills

Q: I floss daily but have noticed an area where my gums bleed regularly. 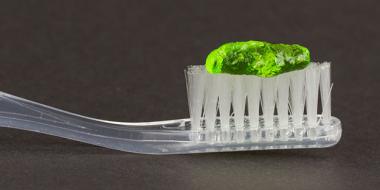 Gum disease, if left unchecked, can give you more than rotten teeth.