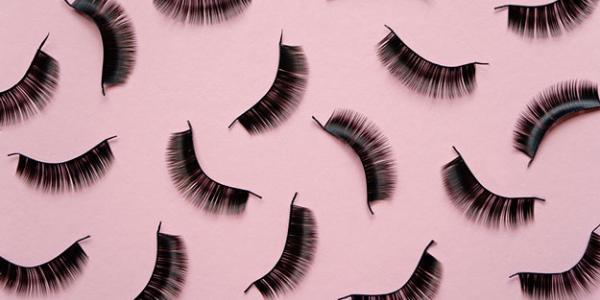 I found a picture of myself the other day on a random iCloud app on my phone. (You know that thing you pay Apple for monthly and you haven’t really a clue what it’s for.) It was among loads of old pap pictures of my former VIP life but this one really stood out for its extreme hideousness. The ‘look’ was for a party in Manchester that Style was co-hosting a few years ago and I remember some lovely girl spending at least 75 minutes achieving it in a darkened hotel room.

Where to start? There was a thick heavy foundation, brown glittery shadow that mutated over and under my eye sockets, heavy black eyeliner, spidery false eyelashes and Groucho Marx eyebrows. But the best (worse) of all was the white, shiny highlighter dolloped on my cheeks, chin and nose (HELLO nose!) which illuminated every-single-sodding-line around my eyes.

When I beamed, the general effect was akin to glistening tributaries of the Okavango Delta. Selena Gomez had a not dissimilar highlighter and bronzing fail at this year’s Met Ball, so your ovaries don’t have to have packed up to succumb to this one. Approach that white shine with caution.

So what else should we of a mature disposition need to both avoid and embrace during this party season? I first asked my younger friends at The Midult as they have recently launched a beauty podcast called “I’m Absolutely fine!” (ie: not), which looks at the glamour and indignity of being a grown-up, while also dispensing indispensable beauty tips. Emilie McMeekan’s biggest make-up fail was to embrace frosted lipstick (I see a theme here) and a snowstorm of Clinique powder. Even at the age of 15 , it made her skin “look like a dried out river bed”. She didn’t wear make-up again until her wedding day and now sticks with Sarah Chapman tinted moisturiser, Hourglass extreme mascara and a swipe of Bobbi Brown’s eyeshadow stick.

Hands up, I never thought I’d get make-up lessons from the lovely Emilie, who is usually as fresh-faced as a peach. But her recommendation of that Hourglass mascara also kept popping up with my fifty something friends. Hourglass Caution Extreme Lash Mascara, to give it its full name (I mean great name guys), is the fail-safe product that Audrey, interior designer extraordinaire, always keeps in her bag.

Would she go one step further and apply false lashes for spesh occasions? “I can’t put them on myself” she admits, and she’s not the only one. Chandrima, dexterous enough to persuade a baby out of your body, is another falsie refusenik. “They end up wonky and down my face. Like an unruly (tame) pet spider.”

Of course there is always the odd-one-out in a girl group and the fabulous Charlotte breaks all the rules. She reminded us of the evening she stuck falsies on, with a diamanté KISS written on one and a diamanté ME on the other. “Never had such a fun night out.” Respect.

But where should most sane people draw the line when it comes to party make-up? As a reporter in Australia in the 80s, I once interviewed Tyen, Dior’s creative director of cosmetics. He was to stay with the company for more than 30 years (unheard of these days) and I’ll never forget asking him which three cosmetics every woman should own. Only two, he said – lipstick and powder.

Lipstick agreed, but the powder was interesting (well it was the eighties) because it’s now considered the enemy to those of a wrinkly disposition. Unless you have the dewy complexion of a teen model, just lightly brush your t-zone and eyes to set your make-up, then step away.

But Tyen wasn’t wrong when it came to less is more. Most cool-looking older women I asked stuck to a trio of eyes, face and lips or eyes, face and blush – the most popular being mascara/eyeliner, lipstick and base/tinted moisturiser. Heavy eye, heavy lips and heavy blush pushes you into RuPaul territory. Always avoid shimmery eyeshadow – has the same magnifying effect on wrinkles as high lighter. And generally keep your look soft – your heavy black eyeliner Goth years are ova girl, as is your flirtation with rainbow-coloured palettes. Go for smudgy browns and dark brown mascara applied to the top lashes only to widen your eyes.

One last thing – don’t forget that light, liquid concealer. It’s great for toning down redness and covering dark circles and brown patches. Clarins Instant Concealer is apparently brilliant for dry skin. (I’m coming for you just as soon as I get paid).

On the topic of great recommendations, I’ll leave you with a final quote from Leigh, my Costco-shopping cohort and all round favourite person.

“I’m shit with make-up. Am buying everything everyone’s suggested,” she posted on our Girls Night Out WhatsApp.  Which should remind us that new cosmetic brands are ephemeral, sweet-like treats for the post menopausal generation. To be played with, tested and routinely updated. Just walk away from that blue eyeshadow. 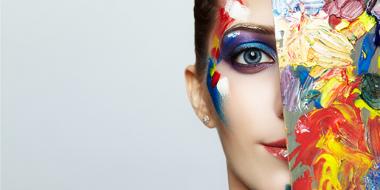 ‘I need you to go to Paris and shoot some beauty with Christy Turlington, Berry Smithers and a ne 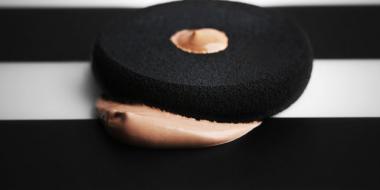 How To Find The Perfect Foundation 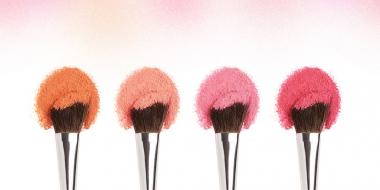 We all want to be flawless – and if there is one make-up item that makes flawlessness achievable,