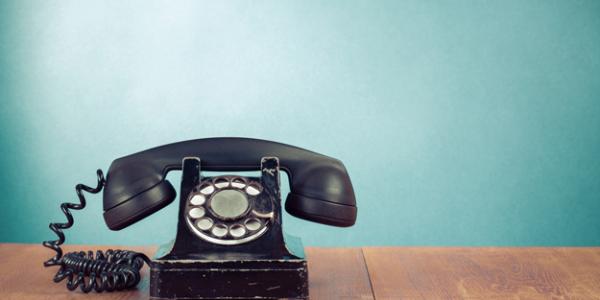 When I was growing up in the Sixties, we had a black bakelite telephone in the corner of the living room.  It had its own allocated table and chair, because that’s where you went for a quiet chat.

This heavy little piece of tech was first introduced by Ericsson in 1931,  so it wasn’t exactly the latest accessory, even back then.  Life was slower and people didn’t “switch things up” on the interiors front so much.  Still, I loved the weight of it in my hands and the smooth curve of its cupped mouthpiece.  There was the thrill of its metallic ringtone, my mother hollering, “It’s for you!’ and the hours spent whispering into it.  I see you can buy them now on eBay for about £170, not that we even have a home phone connection any more.  That went about five years ago.

I come from a different world – not necessarily better, just different – and without wanting to sound like an irascible OK Boomer, some days I miss it.

I miss the bizarre glamour of smoking on planes,  the cathartic tap-tap-tap of a typewriter and the satisfying clunk of pushing another few shillings into a payphone. I especially miss reversing the charges on a phone call – and even just talking to an operator. “Hello Operator!  I’d like to make a reverse charge call!”  Now more than ever in the age of coronavirus,  all human interaction with strangers is funnelled into a brief greeting to delivery drivers.

Nostalgia usually only hits us in midlife, with the benefit of perspective.  Trapped in our homes, we have even more time to stare at the faces looking out at us from our picture frames, to go through albums,  to clear out cupboards and connect with the past.

So much has changed.

Of all the generations jostling for space in today’s crowded world – Generation Z (born after 1997), the Millennials, (1977-97) and Generation X (1965-76), the Traditionalists (pre-1946) and us Boomers (1946 – 1964) have lived through the greatest technological changes.  A recent piece in Newsweek entitled “OK, Millennial: Boomers Are the Greatest Generation in History” (a debatable theory) explained if someone could be transported from 1919 to 1969, they’d recognise every device in a home, except for the microwave. Do the same with a person from 1969 to today, and they wouldn’t recognise half of them – not a Kindle, router, lightning cable, tablet nor even a smart meter. Definitely not a weird-looking pair of AirPod headphones. All useful stuff, but with obsolescence built into them by avaricious manufacturers, most have the lifespan of a mayfly.

In my childhood world we had an American-style Westinghouse fridge that hummed comfortingly for 30 years. When my parents retired, they inherited my grandmother’s ancient Hoover that had a fixable belt drive and the suction power of a vampire bat. I’m on my sixth vacuum cleaner, possibly my seventh (Dyson was the worst).

With so much disposable stuff, I miss that world where choice was in short supply but products lasted.  In 1970 most supermarkets held 6,000 items. Today it’s 40,000. Amazon adds 1.3 million products a day to its inventory. Every. Single. Day.  We are all forced to suffer from decision overload.

What else do I miss? Manners, mostly.  I’m in danger sounding like a Telegraph reader here, but courtesy is in terminal decline. My husband was recently invited to speak to students at a private art college.  It was a smallish group, no more than 25 young people. He provided a short, visual presentation yet one of the students in the front row didn’t look up from her phone once.  Not once. And then she walked out before it ended.  I’m not sure any of my three teens would do that, and yet thank you notes are a total anathema to them. At best, gratitude comes in the form a grammatically challenged WhatsApp message.

Respect is even more lacking, a common lament from older generations.  After 30 years of calming irate readers of national newspapers, I went on to spend some time in a start-up, only to be told by millennials they knew how to handle customers better than me.  Well, good luck to them. Perhaps one day they’ll learn to spell. Only this month The Times – The Times – now overrun by Oxford graduates, spelt  ‘accommodation’ with one ‘m’.   Thank God I’m not facing a lifetime in their working world.

The idea for this piece came from Radio Four’s Today editor Sarah Sands, who explained why she was leaving the Beeb following huge cuts to news staff by writing: “I come from a different world”.  I’m with her – which editor wants some button-counting manager telling them which journalist from a centralised news pool they have to use? Where are the editing skills in that?

Today’s work culture is unrecognisable to many, mostly because the gig economy dominates. There’s the hell of daily hot-desking, the zero hour contracts and the zero chance of a final salary pension. Meanwhile everyone else works from a box room at home, a workplace that’ll  become even more popular as a result of this pandemic.  And all the while the boundaries between work and home life blur further, with even sales staff expected to be on duty 24/7.  Bryant Lee from the luxury fashion retailer Machine-A was recently quoted as saying: “A client might message at 1 am because they decided they need a pair of (Maison) Margiela Tabis and my sales associate will reply, because it’s second nature to them, they’re on there anyway.”

They’re on there anyway.  For that generation there is no hope of getting the seven hours sleep required to survive attacks on their mental health. (BTW those Margiela Tabi split toe boots are hideous.)  Another recent piece in the Soho House magazine revealed how PAs to the stars in LA juggle four mobile phones across as many time zones.  One assistant regularly shared a bed with her client so they could finesse her diary in the small hours. (That’s not even a euphemism – these people have no time for sex).  London-based psychiatrist Dr Stephen Pereira, who likes to prescribe meditation as medicine, believes up to 50 per cent of City workers suffer sleep issues that affect their mental health.

Meanwhile screens and social media have diluted family life,  turning children into tech addicts who cannot hold a pen or even a conversation, and dispersing us to corners of the home to be entertained alone.  I miss watching the TV as a family.  In these strange times finding one Netflix film among the thousands on offer that will attract everyone back onto the same sofa remains as impossible as finding a delivery slot on Ocado.

And yet. And yet.

Today we are suddenly forced to embrace yesterday’s slower pace of life. We see communities caring for each other,  the young looking after the old, the generous and the selfish, the good and the bad all jostling along together. This morning strangers actually talked to each other in the long queue outside the butcher’s shop. They said: “What are you making?’ and “Stay well!”. Most did anyway. One woman hissed: “Stay away!”

The world turns and we miss the different lives we used to lead, often myopically remembered through rose-coloured glasses.  But people?  It turns out people are the same as they ever were. 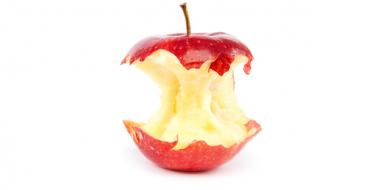 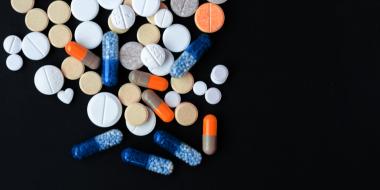 Vitamins for Men Over 40 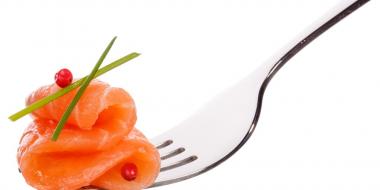 What Are Essential Fatty Acids?