Broccoli Seeds And Their Health Benefits 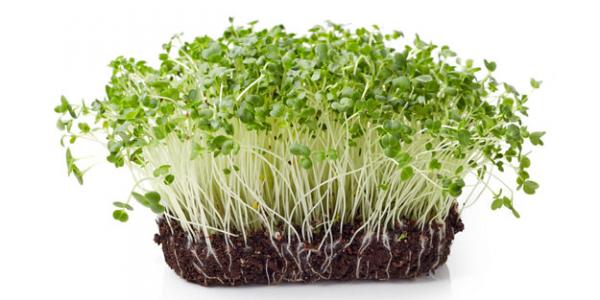 Broccoli Seeds And Their Health Benefits

We all know that eating vegetables and sprouted vegetables such as broccoli sprouts are a healthy choice and provide numerous benefits to the body however does the same apply to broccoli seeds?

Broccoli seeds and other seeds such as flaxseeds and hemp seeds are rich in essential fatty acids together with a variety of vitamins, minerals and phytonutrients and so ideally one should include them in our diets, but can you consume broccoli seeds?

If there is one vegetable that shines head and shoulders above the rest, it would have to be broccoli. Unfortunately, numerous studies indicate that only one in ten of us achieves the recommended daily intake of approximately 800 grams a day of a mixture of fruits and vegetables and substantially less people incorporate broccoli as part of their vegetable intake.

Broccoli belongs to the Brassica family commonly known as cruciferous vegetables. This group of vegetables includes Broccoli, Brussel sprouts, Kale, Cabbage, Cauliflower, Radish and Turnips. But it is broccoli florets, broccoli sprouts and broccoli seeds that contain a compound that makes these vegetables so important called Sulforaphane.

What’s so special about Sulforaphane?

Sulforaphane is one of the most important phytonutrients to have been discovered over the past 30 years and can be obtained from cruciferous vegetables particularly broccoli and kale.

Sulforaphane does not exist in any meaningful quantities within these vegetables however it is created from two very specific compounds, myrosinase and glucoraphanin, which are found in different parts of the vegetable. When the vegetable is chopped, blended or chewed, these two precursor compounds react with each other to produce Sulforaphane. It just so happens that cruciferous vegetables contain much higher amounts of these two compounds than other vegetables.

Broccoli seeds contain an abundance of glucoraphanin which suggests that we might be better to consume these rather than sprouting them and so achieving the end product which is sulforaphane.

Broccoli seeds however contain an omega 9 fatty acid called erucic acid which may be harmful to our heart tissue and so whilst these contain the highest amount of glucoraphanin, it is best to consume broccoli or broccoli sprouts rather than broccoli seeds. Once sprouted broccoli sprouts and broccoli florets contain very little of this fatty acid but also contain much lower levels of glucoraphanin. In any case, broccoli seeds are bitter which may deter people from eating them in large amounts. But scientists have found a way of extracting the highest concentration of the actives from the seeds minus the omega 9 fatty acid.

So why not eat broccoli and other cruciferous vegetables?

I am the first person to endorse a varied and healthy diet comprising of fruits and vegetables of all colours to provide a wide variety of phytonutrients. However, vegetables undergo a maturation process whereby their biochemistry changes as they grow.

As broccoli seeds begin to germinate, tiny plants called sprouts grow from the seedlings. Broccoli sprouts are 3/4-day old broccoli plants that have a similar appearance to alfalfa sprouts and when eaten taste the same as radishes. This rich green vegetable contains antioxidants, calcium and vitamin C, making Broccoli sprouts a good addition to any diet.

The glucoraphanin content in broccoli sprouts is on average 50-100 times greater than found in mature broccoli; by weight this means that one single ounce (30 grams) of broccoli sprouts contains as much antioxidant as eating three pounds (over a kilo) of fully grown broccoli, but it is broccoli seeds that contain the highest amount.

Unfortunately cooking broccoli even moderately destroys glucoraphanin and many of the other beneficial compounds and so we should be opting for shorter cooking times for broccoli in order to gain the myriad of benefits though in the end one might wish to consider taking broccoli supplements as well.

What are the benefits of Sulforaphane?

Brain boosting – Sulforaphane is really good for the brain. It is considered a nootropic meaning that it protects the brain, enhances brain function and is without side effects. Other studies indicate that it increases nerve growth which means that it can repair damage caused to the nerves whether due to injury or ageing.

Cell mutation – this field has had the maximum amount of studies. We know that eating the Brassica vegetables may help to protect against a variety of diseases associated with cell mutation. Sulforaphane seems to have the ability to protect healthy cells, target mutated cells, prohibit cell mutation possibly due to its potent antioxidant properties whilst encouraging the growth of healthy cells.

Heart health – Cardiovascular problems are one of the biggest concerns in the world including high blood pressure often arising as a result of ageing blood vessels and the loss of elasticity of the valves within the blood vessels. Sulforaphane’s powerful antioxidant and anti-inflammatory mechanisms may explain why studies show its heart protective effects.

Potent antioxidant activator – although Sulforaphane itself displays powerful antioxidant properties, one of its biggest benefits is its ability to activate antioxidant production within the body including glutathione and other antioxidants that protect the body against a wide variety of diseases.

Detoxification – our bodies are exposed to thousands of chemicals from airborne pollutants to chemicals from the products we use and foods we eat. Sulforaphane in broccoli sprouts has a detoxifying action that is thought to be directly associated with Sulforaphane’s ability to act both as a direct and indirect antioxidant and several studies have shown its ability to remove toxins including heavy metals from the body.

Boosting liver function – Sulforaphane supports the liver through two mechanisms; firstly, by neutralising free radicals that cause damage and secondly by activating enzymes that help in the removal of toxins including alcohol from the liver.

There are many other health benefits associated with Sulforaphane including its ability to maintain healthy blood sugar levels, pain relief, mood elevation and inhibiting Helicobacter pylori from flourishing. The good news is that Sulforaphane displays no long-term side effects.

Where can I find broccoli seeds?

Broccoli seeds are readily available in garden centres and supermarkets for sprouting and indeed may be used in small amounts to sprinkle onto salads but as mentioned above, it is not advisable to eat larger quantities of the seeds on a daily basis due to their omega 9 content.

Seeds are inherently rich in phytonutrients that the future plant requires as it sprouts so it is ideal to extract these nutrients from broccoli seeds.

To reap the rewards of Sulforaphane found in these seeds, I would recommend taking BroccoMax® by Jarrow Formulas. This Sulforaphane supplement contains an extract from Super Critical Extraction of broccoli seeds to ensure that only the beneficial compounds are present in the final supplement.

Jarrow Formulas BroccoMax® is a totally natural and convenient way of getting your daily dose of Sulforaphane from broccoli seeds. BroccoMax deliver high levels of Sulforaphane precursors including Sulforaphane Glucosinolate (SGS) and the enzyme Myrosinase. 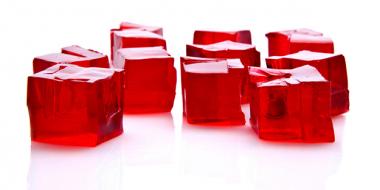 The most popular use of gelatin is in cooking, as a thickener, stabiliser and to provide texture 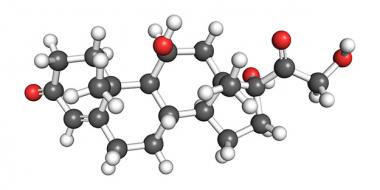 Adrenal stress is the modern misunderstood syndrome that affects most of us to varying degrees.