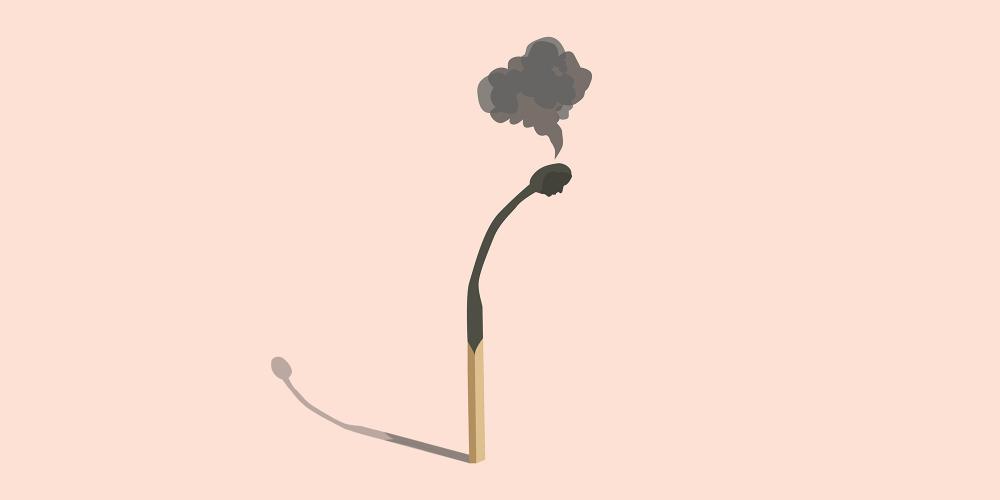 Fatigue, tiredness & exhaustion are terms that people often use interchangeably for what they are experiencing and yet in medical terms they are very distinct. It is perfectly normal for people to complain of tiredness especially when they are feeling slightly run down and cannot cope with the pace of life, but what are the causes of tiredness and what are the remedies for tiredness and fatigue?

Tiredness differs from fatigue in that although you may not feel it, the body still has some energy in reserve which it can tap into in the case of an emergency. The symptoms of tiredness include weakness of the muscles, heaviness, forgetfulness, impatience often leading to irritability. Tiredness is very common especially if you have had a hard day at work, or if you are simply feeling a bit under the weather and have not had the time to relax and recuperate. Most of the time, this can be addressed by resting for a few hours allowing the body to recover.

Fatigue is completely different. Someone suffering from fatigue will not be able to concentrate, have low stamina levels and a decrease in physical ability and may have difficulties in sleeping. Often they will simply not partake in social activities that they once enjoyed. Fatigue, unlike tiredness, cannot be cleared up with a rest. There are many causal factors for this including adrenal stress, hormonal imbalances and poor nutritional intake and these must be identified in order to alleviate this.

Exhaustion is a more serious situation and is characterised by confusion, delirium, difficulty to stay awake and sleep and often results in a complete withdrawal from others. Anyone experiencing these symptoms needs to consult their GP as there may be a deeper problem.

For the purpose of this article, I am going to talk about adrenal stress leading to fatigue, the causes of adrenal stress and the natural remedies for tiredness including supplements that may help to overcome this quickly. Fatigue is not a serious concern and yet if it is not addressed it can lead to other health issues.

The role of the adrenal glands, adrenal stress and fatigue

If you are tired all the time, even after resting, then it would be prudent to get yourself checked since this may be indicative of poor thyroid function, low blood sugar levels, poor nutritional intake and lifestyle factors. By far the most common causal factor for fatigue is what is often referred to as “adrenal stress”.

The adrenal glands are triangular shaped glands that sit on top of the kidneys. They are chiefly responsible for releasing hormones in response to stress including cortisol, the stress hormone, and adrenaline, the energising hormone responsible for the fight flight response. At times of stress, whether physical, hormonal or environmental, the adrenals over-produce cortisol. It is important to define stress here as follows: physical stress is the stress as a result of a physical event such as bereavement. Hormonal stress is the reduction of both male and female hormones which occurs as we age or cyclically on a monthly basis, and environmental stress is the stress on the body due to pollution and toxins. Some amount of cortisol is essential for life since it is necessary for brain and immune function, muscle function, blood glucose function and circulation. High cortisol levels, due to chronic stress, can lead to increased fatigue, reduced energy levels, irritability, insomnia, anxiety, impaired concentration and restlessness. Whilst the adrenals are busy producing cortisol, the levels of adrenaline and other energising hormones are depleted resulting in fatigue. High cortisol levels also result in an increased production of insulin, the fat depositing hormone that leads to weight gain. Cortisol lowering herbal supplements include the use of magnolia extracts and Siberian ginseng.

There are so many causal factors of tiredness and fatigue that pinpointing the exact cause can be arduous. In addition to the stresses of daily life, prescription medicines, certain diseases, physical and psychological conditions may all result in fatigue. For the purposes of this article, I am briefly going to highlight some of the major causes and the recommendations that may help to overcome fatigue.

Overwork - Fatigue as a result of over-exertion physically, emotionally or mentally does not allow sufficient time to recover. The best way to reduce over-exertion is to maintain reasonable work and personal schedules.

Poor Diet - A well balanced diet consisting of proteins, carbohydrates, fruits, vegetables and healthy fats will ensure that the body functions at an optimal level. Unfortunately, the foods these days are often highly processed, usually high in fats and sugars, and may not supply adequate nutrients to sustain body function. The pressures of dieting may further add to this problem. It would be prudent to try and eat a balanced diet, avoid skipping breakfast and use a good food state multivitamin supplement. The multivitamin supplement may be thought of as an insurance policy just in case nutrient intake from foods is not sufficient.

Anaemia - Iron deficiency anaemia is one of the leading causes of fatigue in both men and women affecting approximately 1 in 20 of the adult population. With iron deficiency anaemia, there is a reduction in the numbers of red blood cells and haemoglobin, a protein that carries vital oxygen to all the cells of the body which is required for energy production. Iron deficiency anaemia rarely causes any serious complications and iron supplements such as iron bisglycinate, a non constipating form of iron, are very effective at restoring iron levels in the bloodstream.

Lack of sleep - Sleep is meant to be uninterrupted helping the body and brain to recover and rest. Sleep disturbances may be due to adrenal stress mentioned above, or they may be a case of sleep disorders such as sleep apnoea (interrupted breathing during sleep). Lifestyle changes such as weight loss and cessation of smoking may help with sleep apnoea whilst supplements containing magnolia extracts may benefit those whose lack of sleep is attributed to adrenal stress.

Depression and Anxiety - Depression is much more than a psychological disorder and can present itself with many other concerns including impaired concentration, fatigue, headaches, loss of appetite and headaches. There are many supplements that may help to counter the symptoms of stress including St John’s Wort, Ashwagandha and Milk Peptides but depression requires specialist treatment. Consider the use of Vitamin D3 often referred to as the ‘sunshine supplement” since this vitamin increases levels of serotonin in the brain, the mood elevating and nerve calming neuro-nutrient.

Caffeine and other stimulants - Caffeine boosts energy levels quickly but too much caffeine can have the opposite effect increasing the heart rate and blood pressure. This results in the body working in an “overtime” mode resulting in fatigue. Limit caffeine intake to every other day or minimal amounts.

Lack of exercise – Exercise helps to increase circulation delivering vital oxygen and nutrients to each and every cell of the body helping to counter fatigue. Although exercise may not seem fun for most, even 30 minutes of activity such as walking or house work will counter fatigue and may help to boost metabolism.

Fatigue is not always a serious condition but it may be indicative or lead to other health problems. Determining the causal factors of your fatigue and taking the correct steps should help to restore your energy levels and leave you feeling healthy once again. However, in many cases, people simply find it difficult to pinpoint the exact causes of fatigue and whilst some of the causes mentioned above may apply, often these are not completely clear. If you are over the age of 40 then there are two very important supplements that I tend to recommend for those with fatigue and I am briefly going to discuss their merits.

Many experts believed that vitamin B-12 deficiency was solely associated with vegetarians since plant sources have virtually no vitamin B-12. This belief was wrong because vitamin B-12 deficiency is actually widespread and the older you get, the more likely you are to be deficient. There are two reasons for this: firstly, the digestive system ages with you and hence it becomes difficult to absorb all nutrients as we age and that includes vitamin B-12. However, the main causal factor of this deficiency is the loss of the ability of the stomach to produce a protein called intrinsic factor which binds with vitamin B-12 and allows it’s absorption in the intestine.

Vitamin B-12 is involved in many critical functions in the body and these include:

Even those that eat meat, poultry, eggs, mackerel, herring and other B-12 rich foods may still be deficient in this vital vitamin due to the lack of protein, called intrinsic factor, mentioned above. In fact most people over the age of 50 have limited ability to absorb vitamin B-12 leading to numerous concerns mentioned above. It is for this reason that I would recommend the use of sublingual forms of vitamin B-12 supplements that are absorbed through the oral route directly into the bloodstream. The most active forms of vitamin B-12 are methylcobalamin and adenosylcobalamin which are rarely found in any multivitamin supplement. An excellent fast-acting supplement is B12 Elite.

Many of you will heard of this nutrient also known as ubiquinone. In fact, there have been many articles in the press about the use of CoQ10 for alleviating some of the symptoms caused by statins including muscle and joint pain. In order to benefit from this nutrient, the body needs to convert ubiquinone into ubiquinol. Unfortunately, this is not always achievable because the body may be deficient in nutrients required for this conversion, insufficient dietary intake of CoQ10, digestive disorders and several other factors including age-related changes in genes. It is far better, and more effective, to take ubiquinol which avoids all these possible issues and indeed several studies indicate far greater levels of CoQ10 in the bloodstream from ubiquinol than ubiquinone.

Some of the benefits of using ubiquinol include:

Not everyone requires ubiquinol. If you are younger than 30 years, then using regular CoQ10 will be equally effective. The numerous benefits of ubiquinol is a very strong reason for its inclusion into any regime. The supplement of choice is Super Ubiquinol CoEnzyme Q10 by Life Extension.

I believe that if you are suffering from fatigue, then preventing the deficiency of these two nutrients should be at the top of your list of age-defying strategies helping to fight off free radicals and energise every single cell within the body. 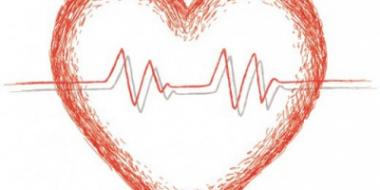 Our goals in life differentiate, but one thing that most of us have in common is the desire to pr