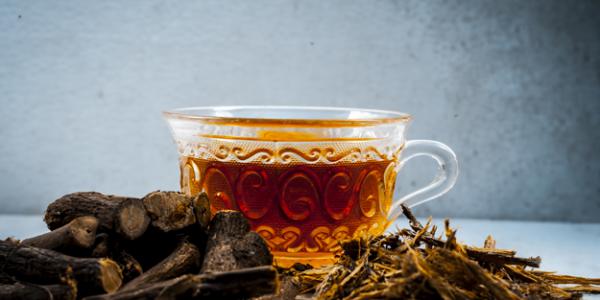 Health fads may come and go. But you can’t really argue with a mind-body health system that’s been around, so it’s said, for up to 5,000 years, when Indian monks were seeking new ways to be healthy. (For translation purposes, ‘ayur’ means life force, or vital energy, while ‘veda’ means science.)

Now, I’d always been interested in Ayurveda – in a magazine-reader-fun-questionnaire sort of way. You’ve probably done one yourself: answered a list of questions asking about body shape, energy levels, preferred foods, whether or not you tend to feel hot and cold, etc. I’d figured out that I was classified as ‘pitta’ – but never taken it much further than that. (Pitta is a ‘dosha’ – basically, doshas are your constitution. The other two are vata and kapha, more of which anon.)

And then I went up a Himalayan mountain and started to take Ayurveda much more seriously. To set the scene: my Beauty Bible co-editor Sarah Stacey dispatched me on a spa trip for YOU Magazine; I’d thought maybe a jaunt to Champney’s was in order, but wasn’t about to argue with an invitation to India. There, at the Ananda Spa in the foothills of the Himalayas, which is entirely devoted to Ayurveda, I spent the week learning all about this fascinating ancient system, which seeks to promote health, longevity (and enlightenment). It was fascinating – but what clinched it was that on the Saturday, after just six days at the spa, I realised: I’d never felt so well in my entire life. And as a result, I’ve integrated many of the prescribed foods and habits that I learned there into my life back home.

So, more about those doshas. (For fun, now, I like to try to categorise people into doshas when I meet them.) According to Ayurveda, everything is made up of five elements: water, fire, earth, air and space (or ether). The idea is that we all contain these elements, in As I said, I’m pitta – which is made up of fire and water. (I found that fascinating; in Traditional Chinese Medicine, or TCM, I’ve always been told I suffer from ‘damp heat’ – which basically translates as fire and water.)

Pitta controls digestion, nutrition, metabolism and body temperature. We’re said to have strong digestion (I always say I have a cast-iron stomach), and when out of whack, we’re quick to anger and get hot. (True.) We also tend towards rashes. (Also true.) But when we’re in balance (rubs fingernails on lapel), we’re ‘intelligent, sharp and cerebral’.

Vata, by contrast, is air and space. Vata people can be quite speedy, always on the go. Their qualities are light, dry, airy, quick and cold. When out of balance, they can tend to anxiety, but when in balance, are creative, flexible and good with words. Build-wise, vatas tend either to be tall or quite small, but always slight.

Kapha is earth and water, and it translates as ‘that which sticks’. Its qualities are moist, heavy, cold, dull, soft, sticky and static. If a kapha person’s out of balance, they may suffer from obesity, sinus problems and anything related to mucus, not to mention lethargy and depression.

A good Ayurvedic practitioner (my stay began with a lengthy consultation with an Ayurvedic doctor) will go beyond the seemingly shallow quiz-type questions, and involve taking of pulses in the wrists – again, similar to TCM. They’ll then determine what you need to balance your dosha, in food, exercise and good habits. I can only report back on what I learned about pitta – but heck, it worked wonders. (An annoying itchy skin condition – inexplicable, but which bizarrely kicked in when I get undressed at night – completely disappeared after just a couple of days.)

All my meals were personally prepared for my dosha – and unbelievably delicious. (Fascinatingly, almost no two people there were eating exactly the same foods, so personal is the Ananda regime.) I learned that to maintain balance, I need to eat more foods that are sweet, bitter, astringent and cold. Which probably explains why I love salads, even in winter, and literally obsess about bitter greens like radicchio and chicory. My love of drinking cool water throughout the day was explained, too. Foods should tend towards dry: baked tofu with steamed greens and rice would be preferable to miso soup. I discovered I should really avoid pickles (that’s the only real challenge, I’m finding – I love a pickle!), hard cheese, nuts and cream. Basically: go for sweet, bitter and astringent, and avoid pungent, sour and salty. (It won’t stop me having the occasional thali at Masala Zone on a night in London, but in general, I’ve dialled down on the spices in my home cooking.) Cucumbers: in. Artichokes: in. Dark chocolate: in. (Thank god for that!!!) Pineapple: out. (Which might explain which my mouth always burns after pineapple.) And so on.

My ‘package’ was the Yoga package, and I learned a simple 10-minute routine that I can do each morning at home, easing me into the day in the very best way. I was also advised to meditate daily – which I already do – but I loved the fact that my Ayurvedic doctor instructed me to spend time every day doing things I really loved, to balance my dosha. (I definitely like the advice not to over-work, too!) All my favourite exercises – yoga, swimming and walking – turn out to be the exact perfect exercises, for a pitta.

There’s a wonderful book that I’d read about Ayurveda before I went to Ananda, by the excellent health writer Eminé Ali Rushton. (Actually, I’d given the book an endorsement on the cover.) Alongside a really comprehensive ‘quiz’ for working out your dosha, it has a brilliant dosha-specific table of over 500 foods, and is written with the lightest, most enjoyable touch. Can’t recommend it too highly.

It might be tempting to dismiss the wisdom of a health system which originated in India 5,000 years ago as inappropriate for a busy life in the West – but I can assure you, the opposite is true. The word ‘life-changing’ is thrown about casually – but in my case, that week in the Himalayas (which included a challenging trek up a mountain to a temple that I never thought I’d manage) – changed mine for the better, in so many ways. I’m now semi-obsessed with finding out more and more about Ayurveda, and living according to its principles.

And as for that spa? I’m literally saving to go back. 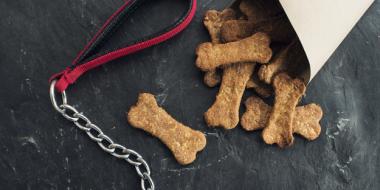 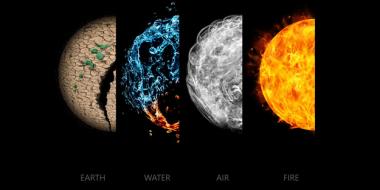 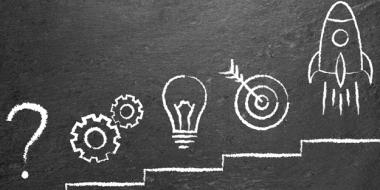