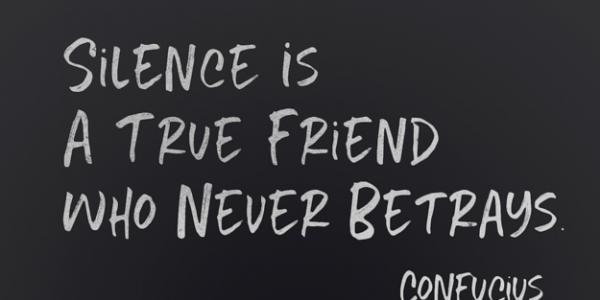 It’s miraculous how the brain adjusts to noise. When I lived literally spitting distance from the roaring Westway/M40 and the every-two-minutes rumble of the Metropolitan Line, in London, I barely noticed those sounds, after a week or two of ‘adjustment’.

Or so I thought. But when I moved out away from the metropolis to somewhere so silent that I can hear owls twit-twooing half a mile away, I realised how very precious silence is – and how constant noise can undermine wellbeing. According to the World Health Organisation, one in five Europeans is ‘regularly exposed to sound levels at night that significantly damage health.’ And those sounds go way beyond having us toss and turn at bedtime, making sleep elusive. Noise triggers the production of cortisol – which along with adrenaline, raise blood pressure, potentially causing cardiovascular problems if there’s prolonged exposure. As a result, according to some studies, those living in areas with the noisiest daytime traffic are 5% more likely to be hospitalised with strokes than those in quieter zones – a risk that rises to 9%, among the elderly.

So even though I wasn’t conscious of the vibrations from the Underground or the roar of the motorway, it was still having an effect on my body and psyche. And when you think about that, it’s not really surprising. Noise – from the internal combustion engine, diggers and drills, the bass thumping from your neighbour’s boombox – is a relatively recent phenomenon. Before the industrial revolution, the loudest sounds you were likely to encounter were the cheers at a wedding, the moo of a cow, the bleat of a goat. All of which sounds like a world straight from the pages of a Thomas Hardy – but truly, that’s what life was like as recent a couple of centuries ago. Loud noise was something so unusual that we responded to with a fight-or-flight response – so It’s hardly surprising that we haven’t yet evolved to deal with the almost constant background rumble and clang of life in the 21st Century.

I certainly consider myself incredibly lucky now to live somewhere so quiet. It’s all the more amazing to me because actually, my home’s in a busy town. However, since our bedroom is in the back of the house, facing a steep, woodedhill where badgers and foxes and owls still think they own the joint, we’re away from any road noise – and have just the rustling of the leaves and the hoot of that owl to disturb our sleep. Oh, and seagulls. (These, however, are now my equivalent of the Metropolitan Line: I never hear them. And because they’re a nature sound, they’re not undermining my wellbeing as artificial sounds do.)

But on nights when I have to stay in a city, or find myself in an otherwise noisy environment – hot-desking in a busy office, for instance – I’ve realised how vital it is ­to master techniques for blocking out the noise. Here’s what I’ve learned.

If you’re working in an open-plan office or a café and you need to focus, noise-cancelling headphones really help. A lot of us have to put up with background noise, at work. Sometimes, some days, it can be like water off a duck’s back. But a particularly loud colleague who likes to discuss their social life at full volume, or just the background buzz of a busy sales department, can also be very distracting. So it may just be easier to get yourself some earplugs or a pair of noise-cancelling headphones, to help you zone out. (In a really busy work environment, you may be able to get your boss to cough up for these in the interests of increased productivity.) Far better for your health than sitting there festering with resentment, that’s for sure.

Shut down electronic devices when not in use. The TV, DVD player, computer, printer; all can emit a low-level humeven on standby that you may not even be aware of – but which on some level affect your mind and body.

Turn off your ringer and notifications. Phone sounds are a constant interruption to our concentration: all those pinging texts, incoming e-mail alerts and other e-notifications. Switch your phone to silent unless you’re expecting an important call; leave it on vibrate and you should still be aware when someone’s ringing you – but even if you miss a call, chances are it’s not the end of the world.

Close the window at night if you live in a noisy neighbourhood. OK, so this is a trade-off: fresh air –v- the background noise of sirens, motorcycles revving, the pub opposite spilling revelers out onto the street after closing time… Much as I am a fresh air fiend, I’ll compromise on that in my quest for calm and silence. (And it’s quite astonishing, by the way, how much double glazing helps in a noisy setting – even if you only install it the bedroom.)

Download a white noise app or invest in a white noise ‘device’. So what’s the point of white noise – it’s still noise, right? Well, yes. But ‘white noise’ is specifically designed to distract the brain from focusing on other, louder noises; the ‘whooshy’ noise is thought to be effective because it mimics the environment of the womb. After a while, if you do this nightly, it can help to form a sleep association that lulls you to nod off. The No.1 white noise app on the iTunes store is called White Noise Deep Sleep Sounds, and it’s very good.(Alternatively, you could do what I’ve done and download ‘Owl Sounds for Relaxation’, from iTunes, which I now play when I’m away from home to drown out any background noise and in some way create the illusion of being in my own blessed bed.)

Read a book called ‘Silence in the Age of Noise’. Explorer Erling Kagge spent 50 days walking across Antarctica without radio contact. Much as I dislike noise, that would in itself drive ME crazy – but his account of that journey is a surprising bestseller, translated into more than 30 languages.Definitely makes you think about silence.

Look for appliances with the ‘Quiet Mark’. Kettles, hairdryers, washing machines, dishwashers; manufacturers can now apply to have the decibel level of their appliances measured, and certified as ‘quiet’. Certainly worth considering next time you’re replacing white goods.

Find a way to cultivate inner silence. I’ve written before about how meditation and yoga have helped me to find balance in a bonkers world. I’m not going to make a prescription for you – we’re all different (although those are darned good places to start). But when the world’s making a cacophany around you – the dog’s barking, the neighbours have the power drill out (and the neighbours on the other side are mowing a lawn) – it really helps to have a resource that enables you to find peace and stillness.

Because – whisper it softly – we live in a world that’s unlikely to get much quieter, anytime soon. So it may be time to stop focusing on the ruckus – and take control of our own individual capacity for silence… 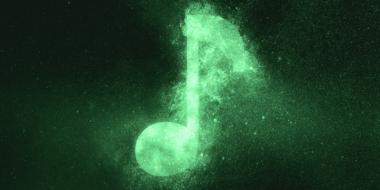 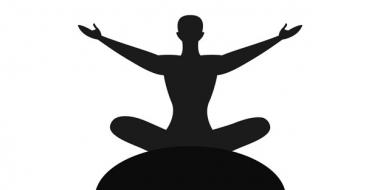 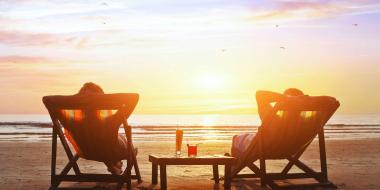