The Food Of Love 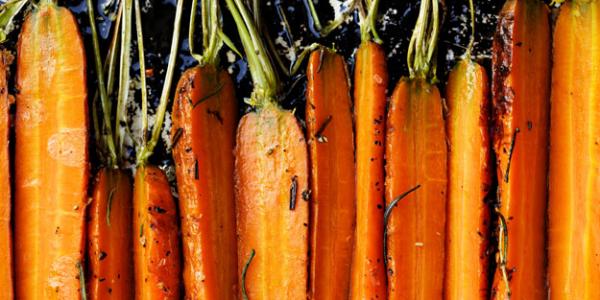 The Food Of Love

If ever I write a cookery book – and I guess with 25 books of varying kinds under my belt, it’s not entirely beyond the realms of possibility – then it will be called ‘Dried Onions & Donald Trump’. I realise that this may not be the catchiest title for a cookbook ever, um cooked up, but those are the two key reasons why I have truly embraced the kitchen, relatively late in life. And am experiencing the greatest, most unexpected joy, as a result.

First up, I have an allergy to chopping onions. Not the usual tear or two, but a Niagara of them which completely obscures my vision, sluices my mascara into my socks and puts me at risk of cutting my finger off, at any given moment. And since most savoury dishes have onions somewhere in their foundations, this used to be a real problem when it came to making everything from soups to casseroles via good old gravy. So I just didn’t. I mostly delegated making dinner to my husband, who has the ability to look in the fridge and rustle up a three-course meal when I look in the same fridge and the only thing I can think to make is a restaurant reservation.

But one life-changing (and marriage-changing) day surfing the internet, he found a source for organic dried onions (Just Ingredients, if you’re interested). OK, so they’re not going to cut the Dijon when it comes to recipes that require that lovely caramelly, slithery-finished, sweet type of onions – but a soup, a stock, a risotto, a casserole? Perfectly adequate for adding the right amount of onioniness. (I think I may just have invented a word there.) We buy them a kilo at a time, and I now make dinner more than he does.

Because the other factor in sending me scurrying into my bunker, sorry, kitchen, was Donald Trump. Basically, I decided that it was the only place I felt safe after he moved into the White House, like a sort of Smeg-equipped air raid shelter for the 21st Century. I have barely emerged since. Or at least, if I’m not in the office, I’m probably in the kitchen. No sooner are my eyes open on a Saturday morning than I’m downstairs making a batch of ‘Crackola’ (as the family have dubbed my can’t-stop-eating-it granola – or rather, Samin Nosrat’s granola recipe, from the excellent Salt, Fat, Acid, Heat.) Out comes the state-of-the-art Titanium Kenwood mixer, a generous gift from a beloved friend (and right up there in my Best-Ever Pressies Hall of Fame). Into the oven go two trays of Crackola. 45 minutes later, we’re burning our fingers picking out caramelised pecans from those foil-lined trays, and everyone’s happy.

Each week, actually I have to make more and more, by popular request from family and friends. Ditto: fennel pickles. Ditto the newest addition to my repertoire, home-made ricotta – a culinary conjuring trick worthy of certification by The Magic Circle, yet so, so, soooooo easy. So easy that I’m actually going to share it with you here. Take two litres of whole milk and a bit of salt. Heat to 85 degrees (using a jam thermometer to measure – and don’t let the milk get hotter). Add 50 ml of white wine vinegar, stir for one minute, and hey, presto! ACTUAL CURDS. Three hours later, strain the lot into a colander (I just use a linen drying-up cloth), squeeze out the last of the whey, add more salt to taste as you fluff it up with a fork. That’s it. And I cannot tell you how blown away everyone will be.

The ultimate joy of cooking for me, though, is making food to make other people feel better. Bone broth for the poorly. Tempting, easy to digest dishes for the shell-shocked bereaved that they can pop in the oven and feed everyone with no more effort than turning a knob. Ditto food for people who’ve just moved house and can’t even find the kettle. (It happens.) And in the case of a young woman in my life who’s as close to a daughter as I’m ever going to get, who had a baby late last year and whose husband travels a lot for work, ‘A Year of Pie’. Comfort food is her favourite type of food. And is any hot dish more comforting than a potato- or pastry-topped pie…?

So that was Lily’s Christmas present – I designed an actual scroll on my computer and tied it with a ribbon – and I’m proud to say I’ve barely missed a week. And that way she knows, and I know, that there’ll be at least one good, hot, nutritious, organic, (and gluten and dairy-free) meal, made from scratch with fresh ingredients each week. And I honestly get the kind of pleasure from making that pie for her family each Saturday that once upon a time, long, long ago, I used to get from a Saturday morning of clothes-shopping in the boutiques of Brompton Cross.

I bought a great cookbook recently, with the rather wonderful name Extra Helping. (The title’s a play on words.) Its author, Janet Reich Eslbach – who I instantly deemed a kindred spirit – believes that through food, we can rebuild community. As she observes: ‘Growing and welcoming babies, nursing them through insults, moving house, suffering losses of near and dear ones, and all the other facts of lives… the things we survive have one common thread: if we got through it, we must have eaten something. The only thing that compares to the satisfaction of eating what’s just right for you in a particular moment of need is… the relief of not needing lift a finger to make it appear. How good it feels to be fed!’

Funnily enough, though, I wasn’t so good at feeding myself until very recently, when I stumbled upon another book I’m going to recommend, Signe Johannson’s Solo: The Joy of Cooking for One, which is filled with recipes for one person that are way, way more interesting (but not that much more hassle) than my go-to solo dinner halved-and-herbed tomato, baked potato and lashings of salty butter. It’s definitely pimped meals on nights when I’m home alone, with Signe’s great recipes for (among other dishes) miso ramen, Cuban-inspired rice and beans or courgette and ricotta fritter. (I happen to have a handy source of great ricotta…) Because if you are going to devote any time to cooking (and thereby caring) for others, you’ve really got to fuel yourself, too. ‘To secure another person’s oxygen mask, you must first apply your own,’ observes Janet Reich Elsbach. Well, quite.

The bottom line? If Donald Trump does hang on in the White House in 2020, I’m armed. With my rolling pin, my whisk, my Nutribullet, my Titanium mixer. And an arsenal of dried onions… 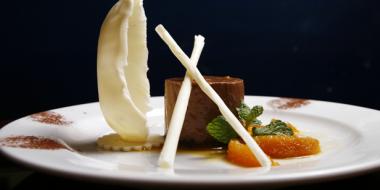 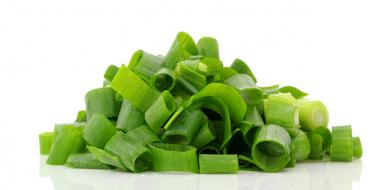 For me, a passion for yoga is about more than hitting the mat: it spills over into other areas of 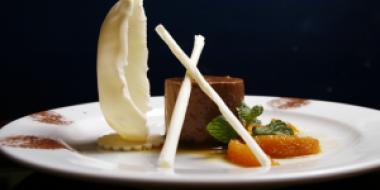