The world seems big and scary and out of control right now. I remember feeling just like this as a child, hiding behind the sofa and peering out occasionally at The Daleks, who seemed so utterly terrifying. (I met a real Dalek many years later backstage at the BBC and it was honestly like something I might have made as an art project – but that was alas too late to console a seven-year who regularly suffered Dr. Who-related Saturday nightmares.)

Fear and blind panic aren’t going to do anyone’s mental health any good, however. And they’re not going to solve or change anything at a time of global crisis. So I thought I’d share my coping strategy when the big picture seems overwhelming – which is to focus on the small stuff. In particular, small pleasures, which really can lift the spirits at dark times in a way that’s totally disproportionate to their size. I don’t think you have to be Pollyanna to get a boost from watching a bunch of daffs blossom on your kitchen table, or feeling happy at the unexpected sight of a rainbow.

I am so big on small pleasures, in fact, that while mooching around a stationery store recently I swooped upon a School of Life book titled (yes!) Small Pleasures. And I thought I’d quote the introduction, which to me sums the whole subject up: ‘So often, we exhaust ourselves and the planet in search of very large pleasures, while all around us lies a wealth of small pleasures, which – if we only paid more attention – could daily bring us solace and joy at little cost and effort… from the distinctive delight of holding a child’s hand… the joy of the evening sky… small pleasures [that] will heighten our senses and return us to the world with new-found excitement and enthusiasm.’ And boy, have we ever needed that more than right now?

So here are some of the small things that are currently making a big difference to how I feel about life.

Writing a letter. Actually, I’m on a mission to bring back real-life mail generally, actually. Most days I write a postcard or a letter to someone (and the thrill of getting one back is huge). At a time when we’re looking at the prospect of ‘social distancing’ at some point, I think the sight of a postman walking down the path bearing an affectionate missive could transform someone’s day.

Making soup. Is there a more satisfying occupation, in the kitchen? (I write as someone whose cakes always taste great but somehow look like I’ve dropped them from a great height.) The bonus of cooking up a steaming pan of health-giving soup right now is that you can drop off some on the doorstep of a friend who’s self-isolating – just as we are, in my town, for two friends who came back from a tour around Italy that they had to curtail early, and are now confined to barracks.

My favourite cup. A Royal Albert 100th anniversary mug, as it happens, which so, so cleverly takes a vintage china design and upscales it for a proper, handled mug rather than a dainty teacup. We all need a ‘favourite’ cup whose feel and shape just gives us more pleasure than the others in the cupboard.

Warming my knickers on the radiator. Honestly. Such a tiny thing, but our bedroom is like the Antarctic (half-Norwegian husband to blame for that), and draping my pants and tights over the radiator before getting dressed is just the cosiest feeling.

Tidying drawers. Where there is chaos, let there be order. When you can’t control the world, you can create order in a linen cupboard (this weekend’s project) or a kitchen drawer, or under the bed. Each project is a small dominion over which you can rule. I absolutely, 100% promise that this will make you feel better.

Ginger tea. Steeped in a silver teapot: just shredded ginger, nothing special (although if your local shop has sold out of ginger, Pukka Organic Three Ginger Tea is absolutely fab, too). The nice teapot makes the ritual special, the glow spreading across my chest somehow rosier than from the spice alone. (Note: nobody wants to polish silver these days, so silver teapots are a steal on eBay. Good time to treat yourself?)

Bulbs. Or spring flowers generally. I go into my garden and watch them poking their noses ever sky-wards, day by day, and it gives me a feeling that there is something to look forward to. Very, very precious right now.

Planting seeds. It’s a good time to start many plants off generally (and unlike most years, I’m pretty sure I’m going to be here to water them on a daily basis, for the foreseeable future – which is where my seed-sowing mission usually goes pear-shaped). No garden? No balcony? Remember childhood experiments with mustard and cress…? Honestly, even germinating seeds on the kitchen windowsill on an old flannel is a pretty good way to remind yourself of the miracle of life. (And darned good in an egg mayo sandwich, to boot.)

A new bar of soap. Well, let’s face it, we’re getting through plenty of the stuff. But taking off the wrapper, smelling the contents, running your fingers over the smooth, fragrant surface and perhaps its embossed logo… Don’t you admit, it’s just lovely? Soapsmith’s just had a fab redesign; personally I adore the slightly boyish scent of Brick Lane, with its amber, pepper and sandalwood – but they’re all lovely, lovely, lovely. I like to keep bars of soap in a lingerie drawer, before use, so that every time I get my knickers out (to warm them on a radiator, obviously), my pants also smell glorious!

Reading Nigel Slater recipes. Like being wrapped in a Slanket while having your cheek stroked by your favourite person – only with the added bonus that you get something utterly delicious to eat, at the end of it.

Ringing a friend. In my case, most often a recently-bereaved friend. But so much nicer than a text. And again, for someone who’s self-isolating, possibly literally a lifeline. And listen, don’t chat. It’s wonderful to hear from someone who, rather than just launch forth, simply says two magic words: ‘Go on…’

Having time to read a book. Properly, rather like being-on-holiday reading – in stark contrast to the two pages a night I usually manage before Craig has to take off my glasses, put said book on my bedside table and turn out my light. If staying in is the new going out (and I think it will be, for a while), I’m not going to waste it on a box set (or ten); instead I’m watching my pile of unread books shrink, satisfyingly, night by night.

Lighter mornings. If you are a lark, like me, at least. But also, whoop, whoop!, lighter evenings! Just because the world seems dark, shouldn’t mean we can’t welcome the light. It might feel like the world has stopped spinning on its axis, but it actually hasn’t.

Having my windows cleaned. You might have to do this yourself if you’re currently self-isolating (and I don’t recommend doing anything that requires standing on any kind of step or ladder or chair). I live by the seaside where this winter’s almost interminable storms caked the glass with salty residue, and I think the light levels indoors (see above) have risen 20% since I got the window cleaner in.

A long, hot bath. Or shower, if you don’t have a bath. Never mind loo roll or tins of food; I’m frankly amazed we don’t have a world shortage of Aromatherapy Associates Inner Strength Bath & Shower Oil. Because we all need inner strength at the moment – and this really is it, bottled, with its courage-boosting oils of clary sage, cardamom and frankincense.

I thought I’d close by quoting that book again – its final paragraph, actually: ‘Small pleasures seem small until we pay them greater and more systematic attention. We are trying to educate ourselves in a central part of life: that of discovering how to make the most of opportunities for satisfaction that come our way and through them to create for ourselves and others more flourishing and less pained and lonely lives.’

So: warm pants, anyone…? 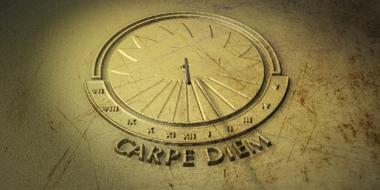 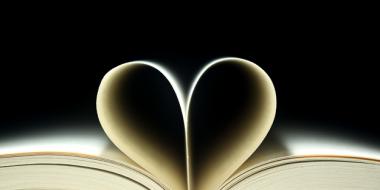 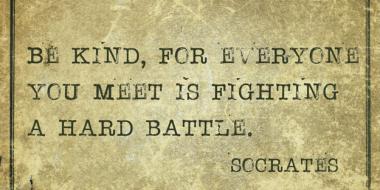