It’s been an anxious making year for everyone and I’ve certainly not been immune. As well as all the issues of the pandemic, my brother died in May, my sister in law is now very ill (both non-Covid related) and my husband and I moved house plus I’ve had a bumper bundle of work (wonderful but tiring). Net result: by the end of November I was feeling frayed round the edges, my sleep was erratic and I would feel my heart pounding furiously far too often.

Then, in a stroke of serendipity, I was offered a tapping session with Poppy Delbridge, who is a practitioner of Emotional Freedom Technique (EFT). Suspend disbelief here because – and yes, it is extraordinary – what research has proved is that tapping with your fingertips on acupuncture points in a sequence on your face, hands and upper body can produce multiple mind and body effects.

EFT is the most widely practised of a group of therapies known collectively as energy psychology.  It can calm a frazzled brain, soothe anxiety, reduce signs of depression and generally ease uncomfortable emotions. Interestingly, the biggest effect (68%) was the reduction of physical pain.

I’ve known about tapping for about 15 years and practised it when someone like Poppy nudges me. It has always worked to reduce my anxiety. In a nutshell, it calms an overactive limbic system, the part of our brain that’s involved with many different functions including producing hormones that help regulate the autonomic nervous system (ANS). The ANS is the unconscious control system responsible for the fight or flight response as well as heart rate, respiratory rate, digestion and a bunch of others.

So here we are on Zoom, with Poppy telling me how she left her high-powered TV job to set up her life/work coaching company House of Possibility. Looking at the website, which I did after our session, I have to say she could sound a bit scary powerful - and the website might a bit American for some British sensibilities. All I can tell you is that she is just delightful: warm and thoughtful and empathetic. It was like talking to a new bestie.

We talk about my muddled feelings and their physical effects. I’m bewildered that I can’t seem to put them away tidily in a box and tuck them out of sight. Poppy helps me frame a response that, along with tapping, allows those feelings to settle down and later apparently dissipate – as in I haven’t felt them since.

I don't take notes during our session but the two overriding things I remember are agreeing that it’s fine ‘not to know’. Not to know exactly why my heart is pounding, why my brother died in the way he did, why all sorts of things. There is an affirmation, which goes something like ‘even though I don’t know I love myself anyway’. And another that ‘I choose peace’, laying my hands over my heart. I find this very comforting.

As we talked and tapped over Zoom, I felt noticeable shifts in my body. Ripples of energy going up my thighs. The sense of a hot heart cooled and calmed. At the end, I had an urge to spread my arms wide and hug the world.

Poppy describes her version of EFT as a ‘speedy wellbeing version’. Rapid Tapping is delivered online via House of Possibility through 15-minute ‘digital drop-in’ classes on Zoom Webinar led by trained EFT practitioners. I haven’t tried a class but I can imagine that, as one reviewer says, a morning Rapid Tapping session is a ‘really positive way to start the day, quickly turning around any negative emotions or blocks into positive thought patterns and clarity for the day ahead’.

The classes take place Monday to Friday, at 7.45-8am and 1.45-2pm GMT. The cost is £29 a month, which works out at 95p a day for both classes.  There is a week’s free trial and although you sign up with your card details, you can cancel at any time.

Of course, you can practise tapping without joining in classes but, as I said I tend to forget, which is foolish given the benefits I’ve experienced. So, providing the times suit you, this seems a sensible option at a price most people could afford. I’m planning to give a subscription to two younger relations.

For the month of January – when people are most prone to winter blues – Poppy is offering a free daily Rapid Tapping session. From January 2nd to 31st, at houseofpossibility.com 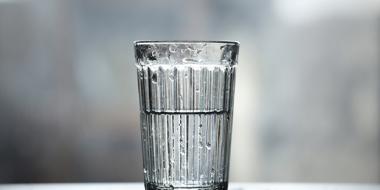 Does Your Stomach Growl?

It is perfectly natural for the stomach to growl every now and then. 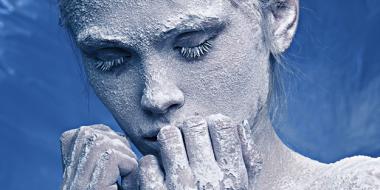 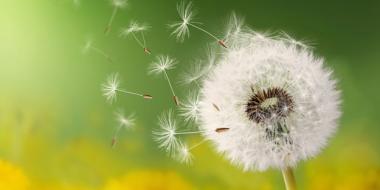