How To Wear Jewellery Now 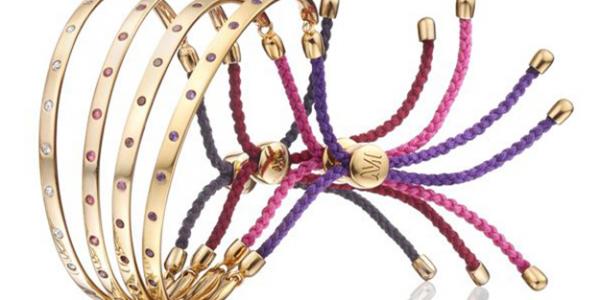 How To Wear Jewellery Now

Of the many fashion diktats, meted out by the great Carine Roitfeld, the very influential, former editor of French Vogue, the one that has always stuck in my mind is her pronouncement on fine jewellery. This, she once declared should be worn by the very young or the very old. It was ageing otherwise. And in many ways she was right.

That was until the lines became so blurred. Not so long ago, costume jewellery was what many women wore to appear knowing and youthful while real bling (of the ‘rock’ variety) was worn by dowagers and Kim Kardashian. Yet for the past few years, designers have been pushing the boundaries further and doing ever more innovative things with precious stones: bashing them in, chipping away at the edges, treating them in any other way but preciously to create the wardrobe equivalent of your favourite, frayed-at-the-edges cardigan.

The style vernacular of bling is enjoying its most seismic shift in decades. In 2016 nothing is going to confer hip status on women as readily as a Repossi earcuff or an Ileana Makri evil-eye ring.

Surely you must have noticed the red carpeteers in their forties and fifties, actresses such as Cate Blanchett who have taken to wearing ear cuffs which snake delicately up their lobes, cuffs that are woven around their wrists like delicate medieval chains and rings which spread like glittery wisteria horizontally and vertically across the hands taking the form of triple digit rings. These loosely connected bands are shackled together with fine, diamond chains creating a look which is at once artsy and punkish. What started off as subversive youth trend is now crossing the generations as a most elegant and individual style statement.

Jewellery designers such as Shaune Leane, who collaborated with Alexander McQueen to create some of the most visually arresting catwalk showpieces, is continually exploring ways of adorning different parts of the body, as are Delfina Delettrez, Stephen Webster, Cristina Ortiz and Gaydamak.

My own eureka moment came following the birth of my second child. Barely out of hospital, I logged on to buy Venessa Arizaga’s fuchsia pink skulls (yes, skulls) bracelet. Since then I have often referred to it as my mid-life crisis bracelet. No matter that this “down-with-the-kidsz” accessory, worn with studded trainers, is a bit lost on the mothers in my conservative nappy valley postcode. I feel far more youthful wearing this than if I were to leave the house in an inappropriately short pair of shorts, skirt or a ripped pair of jeans.

One 46-year fashion designer received an earcuff for her birthday. “It was fun and I felt quite hip until it dropped into my soup twice during the rest of the evening. Although I do want to be able to dash out in the mornings, I’m getting bored with the jewellery I’ve worn for the past ten years and it is nice to think that I can wear something different.”

Susan Foster is a Los Angeles-based jewellery designer famous for her “diamond slice” jewellery; her fanbase reads like an impressive Who’s Who of the fashion and entertainment world. She believes that women are tired of wearing old-style jewellery. They want new yet still refined, by which she doesn’t mean teenage, but playful.

“There are many women who are very elegant, not in their twenties but still want to look cool. Stick on an earcuff and — you know what? — it can totally transform the most conservative pared-down outfit.”

Thankfully there are many, many ranges offering stylish, sophisticated, trend-led designs which look expensive as anything – yet which don’t cost the earth.

Monica Vinader has a lot to answer for. She paved the way with her elegant, colourful and now iconic friendship bracelets and signature stack rings. It wasn’t going to be very long before the high street caught on, and offered similar designs for less. Frumpy looking “mum” jewellery this most certainly is not.

The collection which has made the biggest splash recently is Accessorize’s Z range which offers the sort of hippy deluxe jewellery – triple band rings, pretty, semi precious stone necklaces and gold/diamond ear cuffs and studs that you’d expect to see on the beaches of Myknonos. Created by Zara Simon (daughter of Accessorize’s owner Peter Simon and part of the Poppy Delevigne/ Alexa Chung gang who party in Ibiza), the range is filled with the sort of well-designed rings, necklaces and earrings that look far too considered to be high street and mostly sell for around £15.

This is Simon’s fourth collection and despite the fact that everything costs between £12-£30, the finish looks expensive. At Cos, the jewellery range is just as keenly priced but the offering here is more architectural in design. Highlights include the £15 square pendant necklace in a rose gold finish or the flexible tube bracelet at £29. Celine-inspired jewellery crops up at Zara: guaranteed to sell out are the triangular wooden earrings, a bargain at £12.99 while the geometric drop version pair are not going to stick around for long.

For those who like to be different, head to Wolf and Badger, which offers a contemporary assortment of jewellery brands by up and coming designers, such as Tada & Toy whose star cuffs in rose gold (£38) snake around your earlobe.

Just as quirky is the jewellery from Finery, which is even more trend-led. Favourites include the D-shaped bangles in rose gold from £20 and mis-matched earrings can be picked up for £20 and are a very easy way to update an outfit.

It ticks off the feel–good shopping high without you resorting to a haul of new bags or clothes- that’s for next month when I round up the new season labels you need to know about. A lot of it has the same good feel factor as buying diamonds, but better still, you won’t need to worry if you drop it in your soup. 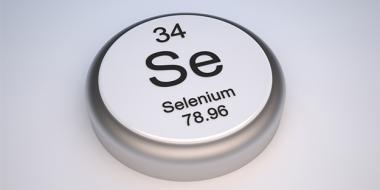 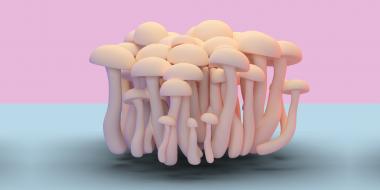 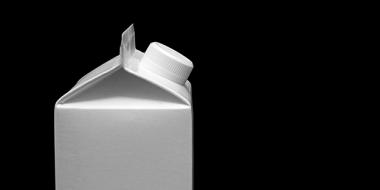