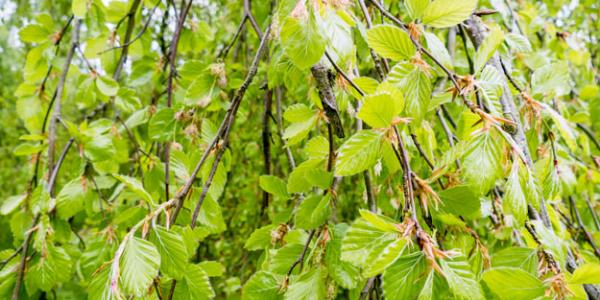 We need to talk about my funeral. No, really, we do. I’m not expecting it to be imminent (I REALLY HOPE NOT!) – but I’m not burying my head (or any other part of me) in the sand, pretending it ain’t going to happen. As the old saying goes, ‘Nothing is certain but death and taxes.’ (And having just paid my half-year tax bill, as many self-employed people have, I know just how annoyingly unavoidable those are!)

Now, I want to stay positive, here. I spend as much of my time as I can possibly carve out of a busy life on what I like to think of as ‘life extension’. That’s why I diligently walk 10,000 steps a day, try to stay as unstressed as possible in a world in which Donald Trump is the unlikely-but-true President of the United States, take all the vitamins that Shabir tells me I need to, do yoga, and so on. All the things I’ve written about in this column at various times, basically. (Well, not Trump; he doesn’t deserve the airtime.) Bottom line: I’m planning to stay around for as long as I possibly can.

But over the years, I’ve had the experience of planning a few funerals for friends, and going to various ceremonies at crematoria and churchyards memorials, for others. To say they were a mixed bag is a vast understatement. Some were terrible (and I’m not just talking tragic loss here, but actually terrible, impersonal funerals where – on one occasion – the celebrant got our friend’s name wrong). And some were downright fabulous – the most recent of which was just a couple of weeks ago, in a sun-drenched garden where 150+ friends gathered to say goodbye to one of the most life-enhancing women I’ve ever known, who had died at the ridiculously young age of 62 of a super-speedy brain tumour. My friend Sarah Charles was the embodiment of hostess-with-the-mostest, with more style in her little finger than most of us have in our bodies – and without an unkind atom in her body (though nevertheless, an acid wit).

I have rarely seen more Champagne at a wedding than at Sarah’s send-off. There was delicious food, laughter, and we all wore the bright, colourful clothes that Sarah so loved. Although Craig and I had to leave early (to attend my very-much-alive brother’s 60th), I’m reliably informed she was ultimately sent off into space in a rocket (or at least, her ashes – which had been previously obtained via the local crematorium – were). But in the hours counting down to that firework finale, we all stood around sharing joyous memories of our friend – very much that ‘don’t mourn that I’m dead, celebrate the fact that I lived’ vibe. And that’s what I want, too.

Actually, I already know where I’m going to be buried. (No fireworks for me, thanks.) Craig already bought me the tree and planted it on a piece of land we have. Nice birthday present, darling! No, seriously: I don’t at all mind contemplating a long lie-down under the shade of a beautiful (and what I hope will by then be really large) weeping beech, just a pine-cone’s throw from his Cedar of Lebanon. (I like to think of future generations playing hide-and-seek under its canopy of copper-leaved branches.) For the actual burial, I’ve got my eye on a very fetching ‘Beauty Bible pink’ glitter cardboard coffin (though I might have to do a bit of research into the eco-friendliness of the glitter). Music-wise, I’m having Carly Simon, with one of my friends charged with picking the exact track (preferably not ‘You’re So Vain’, but I’ll be past caring) – and Pharrell Williams’s ‘Happy’, because really, who can be miserable to that track? And I really, really, really don’t want people to be miserable.

And this is the point: I really think we need to stop thinking about death and funerals as something ‘other’ – something we only address when it hits us in the face. Elsewhere in the world, death is much more a part of life – as in the Day of the Dead, when Mexicans remember friends and family who’ve died, decorating brightly-coloured altars and wearing equally eye-popping clothes. (So much nicer than funereal black.) I like the South African idea of the ‘after tears’ party, more like an Irish wake, involving a lot of drinking and joking and focusing on comforting the surviving and remembering the deceased in the fondest way – as we all, surely, want to be remembered. And then, of course, there are Irish wakes themselves – life-affirming, laughter-filled and very, very hangover-inducing.

Ironically, when my mother received her cancer diagnosis (and a six-month death sentence with it), she said it was one of the best things that ever happened to her – because she felt really alive for the first time. (And how many times have we heard that?) She appreciated in sharper focus every day, every rainstorm, every sunbeam, every morsel that she put in her mouth, every bark of the bloody dog, every conversation, every laugh, every rose and every courgette she picked in a way she’d never done before. She went on to defy her doctors’ prognosis and live for six years longer than they’d predicted.

But when she did finally succumb, we discovered that my mother had planned everything about her own funeral: the music, the poetry, the readings (maybe that’s at least partly where I’ve got it from) – though even my father didn’t have a clue she’d done so till afterwards. The great thing is that it completely spared him (and us) from having to second guess ‘what she would have wanted’ – and if nothing else, that’s a huge kindness to the traumatised bereaved. I’m fairly sure that if she’d hung on until more recently (she died when I was 27), Mum would have gone for a wicker coffin and asked us all to weave flowers through it, as we did for a friend recently. Or maybe a cardboard coffin on which we could all draw, paint and write (as someone else in my circle wanted, for her not-so-long-ago funeral).

I honestly believe that if we spend a bit more time thinking about our own funerals, and about death, then gradually it works to take some of the fear and panic away; that’s surely why the network of Death Cafés is flourishing (there’s probably one near you), at which people sit around and bust the taboo of talking about it.

But for me, the really great thing about thinking about death – about pink glitter coffins, weeping beeches, Carly Simon, or whatever YOU would like for your last, great party – is that it also makes you think about life, and how precious it is.

And we could all do a bit more of that. 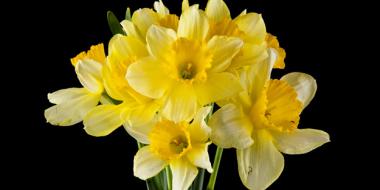 There’s much talk of FOMO, nowadays. Fear Of Missing Out. 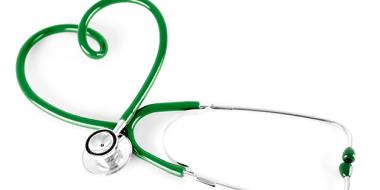 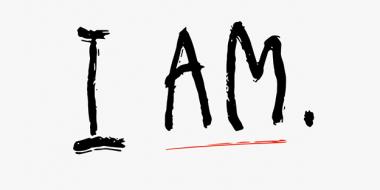