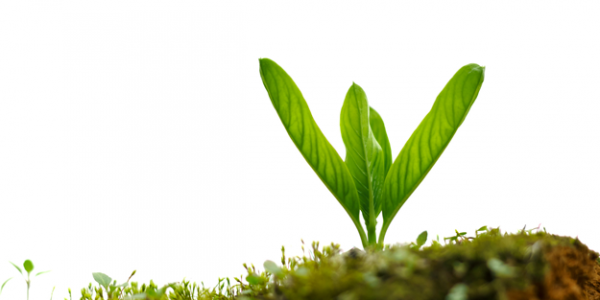 Scientists have known for years that everyone requires at least 90 nutrients to maintain optimal health. These nutrients include 17 vitamins, 59 minerals, 12 amino acids and three essential fatty acids. Whilst nature has provided us with all these nutrients to enable us to live a long and healthy life, unfortunately the processing of foods and the depletion of nutrients in our soils are some of the biggest reasons for nutrient deficiencies within our bodies. Fortunately, scientists have found that Fulvic Acid, an element found in soil, makes nutrients more available from the food we ingest and thus corrects deficiencies quickly and safely.

What is Fulvic Acid?

Fulvic Acid is the element found in humus, the highly nutritious layer of the earth. Partially decomposed matter is the basis of humus and peat. It is this highly nutritious layer that feeds plants and ensures that they grow strong and healthy. Fulvic Acid is created in extremely small amounts by millions of beneficial microbes that work on the decaying plant matter. It combines with a variety of minerals to create a complex molecular compound. Fulvic Acid works to activate the nutrients within soil so that they can be utilised by the cells of plants. It is often termed ‘nature’s miracle molecule’ and for good reason. Unfortunately, modern farming practices have destroyed our soils, leaving them devoid of minerals and have thus disrupted the proliferation of this miracle molecule in the soil, and therefore in vegetation and animals – in effect within our food.

Fulvic Acid is also the basis of a thick, tar-like substance, called Shilajit, that exudes from the rocks of high mountain ranges like the Himalayas.  Like its action in soil, Fulvic Acid serves as an essential vehicle that carries vitamins and nutrients to the right place in our bodies. Fulvic Acid is so powerful that one single Fulvic Acid molecule is capable of carrying 65 or more minerals and trace elements directly into our cells. This is just one of its properties that provides Fulvic Acid with the ability to have a dramatic impact on all types of diseases and concerns.

What are the benefits of Fulvic Acid?

For some years, Fulvic Acid has gone unnoticed as a potential supplement. Recent research though has uncovered a number of potential benefits, which I am going to outline below.

Fulvic Acid is termed a Super Cell Conductor – it has the vital capability of realising the potential of all nutrients we consume. When minerals and trace elements from food come into contact with Fulvic Acid, they are dissolved into a form that makes them more active and more available to the body. These minerals fuse with Fulvic Acid and because of its small molecular size, it has the ability to take these nutrients directly to all the cells of our bodies. Additionally, Fulvic Acid makes the cells more permeable and receptive to these nutrients. Essentially, Fulvic Acid mobilizes food to become our medicine.

A mineral-rich tide flows continuously through all parts of the body in the form of water, the universal solvent that nourishes as well as carries waste away. Our DNA within cells receive instructions through angstrom sized (1/1000 micron) bio-available minerals. These miniscule minerals are pulled through the cell walls by hydrogen present in water. Most mineral supplements are larger than this size and although they can be transported in the bloodstream, they cannot be accessed by the cells. It is Fulvic Acid that carries these minerals into the cells and additionally makes the cells more permeable allowing these minerals to penetrate into the cells where they are utilised for a multitude of processes. Minerals are very important. Dr Linus Pauling, winner of two Nobel Prizes stated:

“You can trace every sickness, every disease, and every ailment, ultimately to a mineral deficiency“.

In addition to enhancing the absorption of vitamins and minerals in our body, Fulvic Acid acts as a catalyst. A catalyst is a compound that facilitates a chemical reaction. There are literally thousands of chemical reactions that take place every minute in our bodies involving enzyme production, the movement of nutrients in and out of our cells, digestion, and so forth. In the vast majority of cases, these reactions could simply not take place at normal body temperature or would take a long period of time. Fulvic Acid acts like a catalyst in these reactions facilitating all these processes quickly and effectively.

Fulvic Acid is a natural, powerful antioxidant and helps to neutralise free radicals. Free radicals are harmful, highly reactive compounds that cause the destruction of soft tissues, encouraging cell mutations, altering genes, disrupting chemical and hormonal reactions within our bodies, destroying the optimal function of our glands and thus making us more susceptible to disease. This is one of the most widely acceptable theories of ageing and disease.

When we ingest food, our digestive system, when working at optimum capacity, releases enzymes which work to break down food efficiently in order to release nutrients from food. Without these enzymes, food would not be broken down, stagnate in the stomach and gut, which would ultimately lead to toxin build-up and eventual death. Fulvic Acid activates these digestive enzymes, which are the life force of our bodies.

We are all conscious of cleansing our bodies externally and yet few pay attention to internal cleansing. Fulvic Acid is highly effective at neutralising and detoxifying harmful toxins and pollutants including heavy metals such as lead and mercury. Fulvic Acid bonds with these heavy metals, a process called ‘chelation’, and then converts them into inactive compounds, which can be eliminated through normal excretory processes.

Fulvic Acid is reported to increase oxygenation of all the soft tissues within our bodies. Oxygenating the cells is vital because it enhances energy production and counters numerous concerns. In 1931, the Nobel Prize Winner for physiology and medicine, Dr Otto Warburg established that oxygen deprivation was a major cause of cell mutation. Taking Fulvic Acid will help increase oxygenation of our cells and hopefully protect the genetic material within our cells.

Iron deficiency, the second most prevalent deficiency in the world, has been shown to be addressed quickly with the use of Fulvic Acid. Unfortunately, iron is also one of the hardest minerals to metabolise putting a great burden on the liver and yet many people take synthetic iron supplements without considering this. Fulvic Acid primes the iron within our food so that it is easily utilized by the body and hence corrects deficiencies quickly and safely. This same action helps to correct numerous mineral deficiencies including magnesium which plays a key role in over 300 biochemical reactions in our bodies.

Fulvic Acid is considered to be one of the safest and most potent anti-viral substances available today. A generally accepted benefit of Fulvic Acid is that it can be used indefinitely for long periods of time without creating resistance. The implication of using Fulvic Acid for viral infections goes well beyond simply using it for colds and flu.

When used externally, Fulvic Acid can be used to treat abrasions, open cuts, wounds, leg ulcers, insect bites and numerous other skin complaints. Athlete’s foot can be avoided as Fulvic Acid displays powerful fungicidal properties and it can also be used to treat fungal toenails which are very difficult to eradicate using conventional drugs.

There are many reports on the positive benefits of Fulvic acid on the cardiovascular system with many reporting control of elevated blood pressure within a few weeks of using Fulvic Acid.

I could continue with numerous other reported benefits such as reductions in the inflammatory enzymes produced by the liver, enhanced immunity and restoring electrolyte balance in the body being just some of the other benefits of using Fulvic Acid. When the body’s cells are sufficiently nourished, and free from toxins and free radicals, they are able to regenerate efficiently and are also able to detoxify and repair quickly. People taking Fulvic Acid have reported greater feelings of vitality, improved energy, a stronger immune system and a higher tolerance to stress. The effects of Fulvic Acid are nothing short of fascinating. For all the varying reasons mentioned above, and many more, Fulvic Acid supplementation should be a top priority and the supplement that I would recommend is Fulvic Acid Elixir by Ful.Vic.Health.  Fulvic Acid Elixir is a supplement which contains Ioniplex®, the patented and clinically studied fulvic acid ionic complex which has been found to effectively remove heavy metals, protect the body against compounds that are produced through sugar metabolism as well as enhance collagen within skin by 30%. Other benefits found within the study include enhanced hair thickness and nail strength.

Shilajit, the other source of Fulvic Acid, had huge question marks on quality. One of the largest suppliers of ayurvedic herbs was found to be selling low quality shilajit containing very high levels of toxic heavy metals.

Fulvic Acid Elixir will help the body to heal, renew and restore. 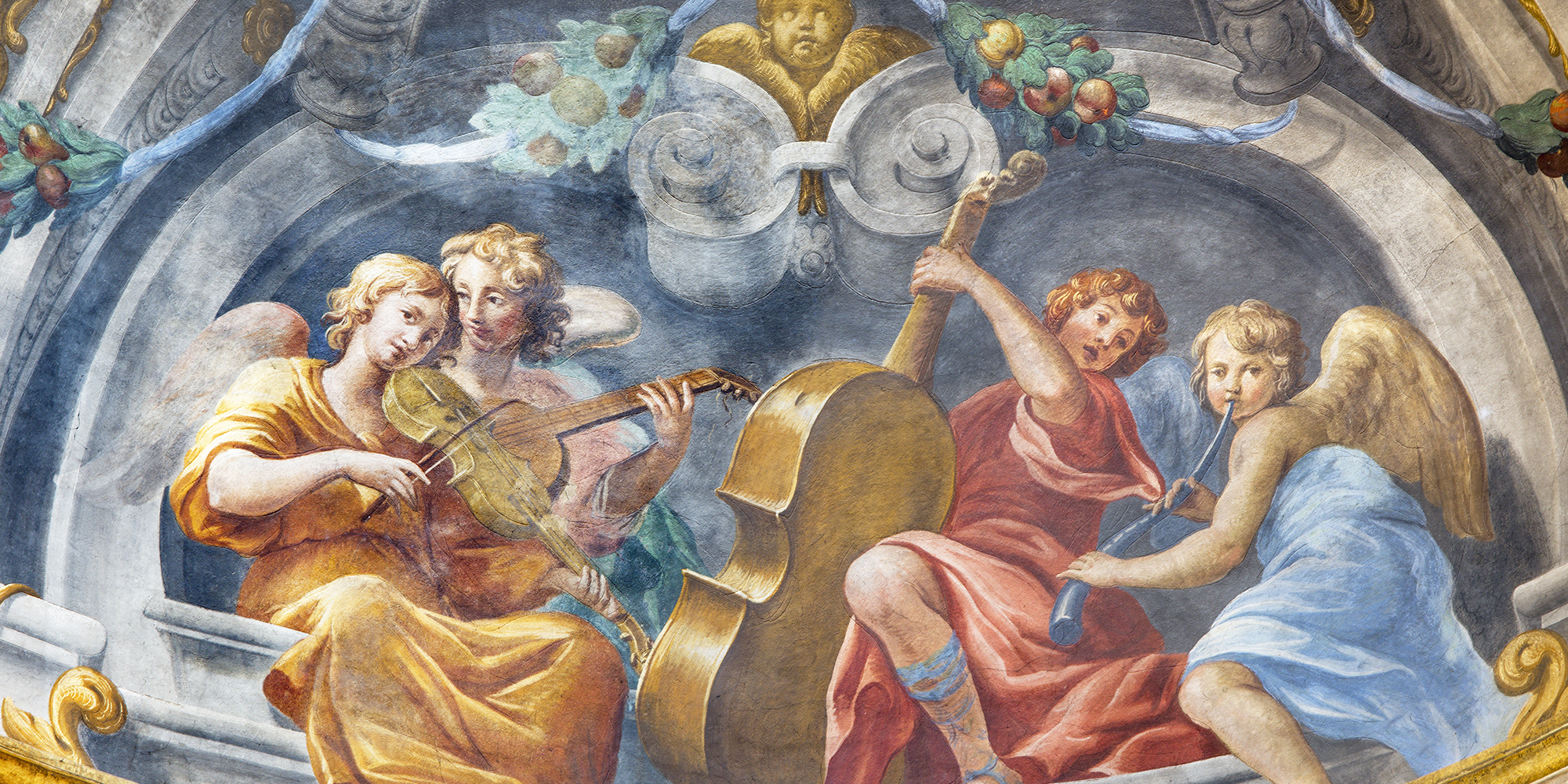 After my musings last weekend about acknowledgement, I must, once again, take my lead 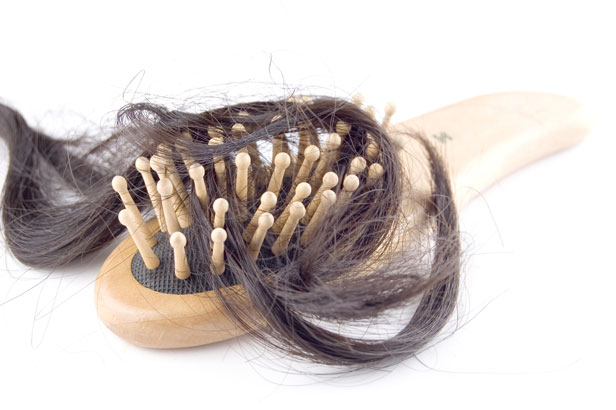 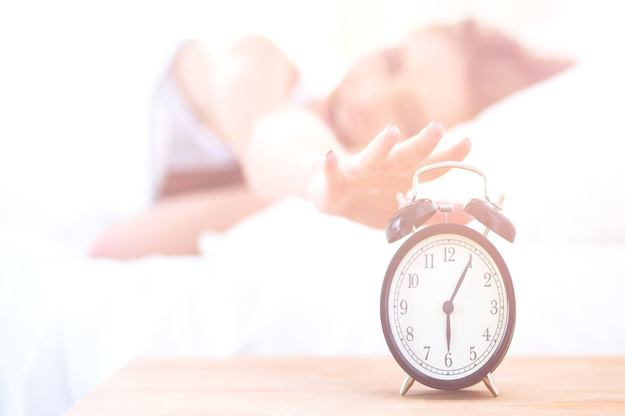 How Does Sleep Affect Your Skin?

According to new research, the average Brit regularly survives on less than six hours of sleep a