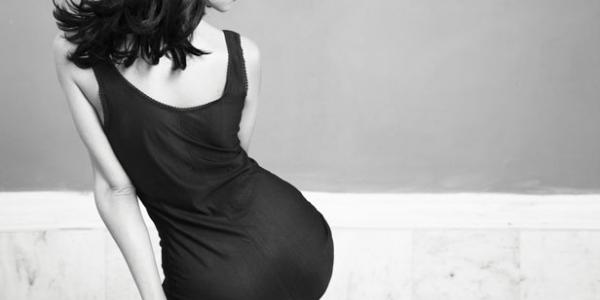 Most of the women I know who look at news footage of the US president are transfixed by Barack Obama. But not me. I generally spend the whole time examining Michelle Obama’s upper arms, which are very often but a few feet from Barack’s side. Searching for the merest jiggle or wobble, actually, that might make me feel better about mine.

But no. Michelle’s arms are lean. With beautifully, subtly defined–yet–feminine biceps that her J. Crew sleeveless dresses seem specifically tailored to show off to best advantage. Now, hands up who hasn’t worn one of those for a while…? Well, if that includes you, right now you’re probably at the peak of Upper Arm Anxiety Season – with hot weather, holidays and all the shorter sleeves that go with them.

It’s a fairly widespread neurosis, I’ve found. And it might console you to know that even supermodels aren’t immune to Upper Arm Anxiety, as it happens. As my friend and former L’Oréal model Dayle Haddon observes, ‘Flabby underarms are tremendously ageing. After a certain age, we’ve all waved goodbye to someone – and been mortified to see our underarms flapping away in the wind! I believe,’ she continues, ‘that some could even create dangerous wind patterns…’

But there are solutions – and avoiding Hurricane Underarm usually requires an exercise–based approach. (Sorry about that, couch potato-ettes.) Swimming is excellent. So is something called Boxercise. A Hollywood favourite which lets you make like Amir Khan (without ever actually thumping anyone else. Important, that). Fans insist it delivers a one–two punch to flabby uppers and lets you vent all your frustration in one go, so the good news is that Boxercise is now taught by a select number of trainers in the UK (for details contact Boxercise at www.boxercise.co.uk.). And without wanting to undo all the good work that Germaine Greer and Betty Friedan did, may I suggest housework? Cleaning windows, scrubbing floors and polishing the furniture all work the tricep and bicep muscles. As a bonus, it turns out scouring pots for 15 minutes burns about 35 calories (though don’t expect to have any Teflon left afterwards), sweeping the floor for half an hour, 75 calories. (So bike shorts and sports bras aren’t the only exercise clothes; seems aprons count, too.)

And unlike, say, hips, upper arms are one of the body zones that respond to spot targeted exercise. In her book Ageless Beauty, which I worked on with her a few years back, Dayle (who rivals Michelle Obama in the sleeveless stakes) suggests this one:

With a two– or three pound weight in your left hand, step forward on the right leg. (Opposite leg and hand, NB.) Bend your right knee, straightening the left leg behind you. Lean your weight over the bent right knee and keep your back in a straight line. With weight in hand, raise your left arm straight back behind you. Make tiny movements, lifting up and down. Do about thirty on each arm.

Or try this back–of–arm de-flabber: lie on your back with knees bent, feet on mat/carpet. Keep lower back solidly on floor by pulling abdominal muscles in. With a weight in each hand (actually, a can of baked beans or rice pudding does just fine), exhale and slowly raise weights, straightening arms. Bend your arms at the elbows and lower your hands to the ground behind your head, palms towards the floor, elbows pointing to the ceiling. Lift the weights again and raise your arms until they’re straight. Bend and lower again, repeating the action six times. Rest for 10–30 seconds, then repeat. Increase to two sets of 10.

Massaging the upper arm skin with rich creams, meanwhile, at least makes skin look better. (And Temple Spa Duvet really does have a bit of a firming action, I find.) But if none of this seems to work, there’s camouflage. (Though have you noticed how few summer frocks are designed each year with those quaintest of fashion elements, sleeves…? I swear that one day I’m going to make a fortune with a shop which sells nothing but clothes with sleeves.) At this time of year, however, properly long sleeves start to get a bit hot and sweaty. (I do have a brother who kept his cuffs buttoned up for years all summer long, but that was because of tattoos and sheer terror of our mother, not because his teenage arms were heading south.) When it comes to finding your perfect sleeve length, meanwhile, think back to the advice that fashion gurus once gave about mini–skirts – only in this case, make sure that the sleeve hem stops at the thinnest part of your upper arm – usually just above the elbow–bone. In my experience, the few pounds it costs to invest in getting a sleeve shortened or lengthened – or becoming nifty with a needle – is worth it for this optical illusion.

Meanwhile, do apply some TLC to your elbows, if you’re going the short–sleeve route: after 40, elbows get increasingly Sahara–like. Regular exfoliation and lashings of moisturiser – try remembering to cream your elbows every time you apply cream to your hands, for instance, until it becomes a habit – will prevent the rear-view effect of having two Brillo pads attached to your arms. I like Temple Spa Sugar Buff because it doesn’t just slough away dead, grey-looking skin cells, but it leaves skin super-soft and nourished – though I would always follow with cream or lotion, as a double-whammy.

Remember, too, that pale flab – or even arm–flaps, come to that – look worse than tanned versions. (But stick to self–tanner to colour up, rather than bronzer, which could rub off and tint clothes; This Works Perfect Legs Gradual Tan may have ‘legs’ in the name, but it’s great for arms, too.)

And if all this flap–busting sounds like just too much trouble? Then my advice is to develop an elegant, economical wave, rather than semaphore hello and goodbye from now on. Just like the Queen, in fact. Who, come to think of it, certainly hasn’t been seen for a decade or three in a sleeveless frock… 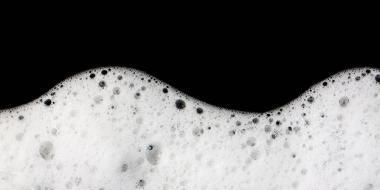 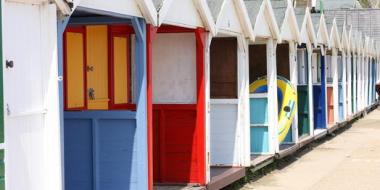 British beaches are wonderful. I know; I happen to live 250 yards from one. Shingle. Seagulls. 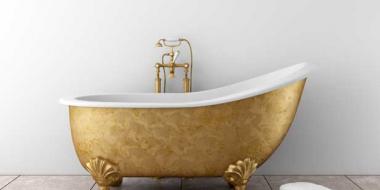 The Great Night In

Men have sheds. Women have – well, we have bathrooms.