This Redness-Soothing Moisturiser Is The Number One Beauty Product

This Redness-Soothing Moisturiser Is The Number One Beauty Product

Redness-reducing moisturiser Rosalique 3 in 1 Anti-Redness Miracle Formula SPF 50, £29.99, has been causing a beauty stampede. It sold 40,000 bottles in two months earlier this year, resulting in a total sell-out and a six-week-long waitlist on Victoria Health. It’s also currently the number one beauty product sold on Amazon.

Reviews on Amazon call it ‘magical stuff’ and ‘witchcraft’ thanks to its redness-neutralising powers, while makeup artist Caroline Barnes said on Instagram: “It’s so light and sheer and it’s a really great product for rosacea.”

The brainchild of German bio-medical research scientist Dr Schiele, Rosalique launched in 2018 and is a green-tinted moisturiser that works as a primer, a swap in for foundation, an SPF and is a godsend for rosacea sufferers who want to tone down the redness in their skin – according to the NHS an estimated one in ten people in the UK suffer from it, so it’s no surprise Rosalique is flying off the shelves.

It's suitable for all skin types and feels like a BB cream in terms of texture and coverage; creamy and lightweight.

Why is it so popular now? Our tester says it's down to face coverings. "My dermatologist told me, and in my personal experience, wearing a mask is making rosacea so much worse," she says. "The heat and moisture under the mask is a breeding ground for rosacea sufferers."

HOW DOES ROSALIQUE WORK?

The moisturiser was developed specially for people with hypersensitive, redness-prone skin. It gives an instant concealing effect and given that it comes out of the tube a bright green colour, it blends in effortlessly, reducing redness and uneven skin tone immediately. It has ultra-fine colour pigments in it that mask uneven tone, while the green outer layer of the pigments neutralise redness.

Ingredients include anti-irritant and anti-inflammatory bisabolol (funny name, serious results), wound-healing and soothing panthenol to reduce redness and moisturising shea butter and urea. The SPF ingredient is important too; UV rays are a big trigger for redness and this formula contains SPF 50 with UVA and UVB protection

Not only does it visibly tone down redness immediately, studies show that the cream calms and soothes irritated skin when used daily over four to eight weeks, and skin redness is reduced, controlled and managed long-term.

HOW DO YOU USE ROSALIQUE?

As you would any SPF moisturiser, as the last step in your skincare routine before makeup, though many fans use it in place of foundation. It’s foolproof to apply, just dab on, rub in to blend in the green colour and you’re done. It doesn’t dry particularly matte or shiny, just a second-skin appearance. If you prefer to follow with foundation it works fine and your foundation shade will appear the same as normal.

If redness reappears during the day you can certainly top up, but many people find that their morning application is sufficient to see them through the day. "For me it lasts all day but if I was going out in the evening I would do a quick overlay and top up of both this and foundation," said our tester

One thing our tester did note is that her hands go dark blue or black as she applies the formula, so she washes them straight away. "It’s very strange as you never see this on the face!" she said. The colour on your hands is nothing to be alarmed about, it's merely reacting with the different skin tone. Rosalique addresses this quirk on its website FAQs suggesting brush application if coloured hands during application bothers you.

CAN ANYONE USE IT?

Our one bugbear with Rosalique is that it only really works for lighter skin tones because the green pigments don’t blend well into darker skin tones. “The colour was off for me to use as a base,” GTG’s Jemma told us. “It left me with a greyish cast and looking ghostly. Having said that, it can still be used to help conceal spots as it takes the redness out before applying concealer, but for full-face application, the colour match doesn’t work.”

All is not lost though, as Rosalique recognises that darker skin tones suffer from rosacea too and told us that it's "looking into new technology to support similar conditions in darker skin tones."

Let’s talk.  And this week I am giving a few of you a platform in order to share.  So I want to l 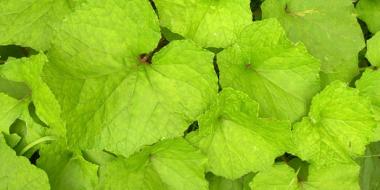 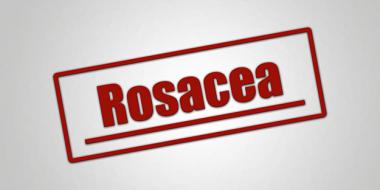 My Life With Rosacea And What I’ve Learnt So Far

My naturally rosy complexion is so normal to me that I’d never considered it a problem. 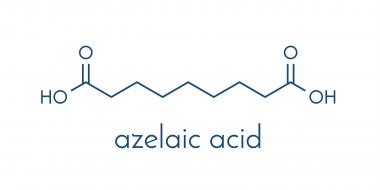 Azelaic Acid: Why You Should Be Using It

Yes, there has been a lot of chatter about acids over the past year or so, and yes, there always