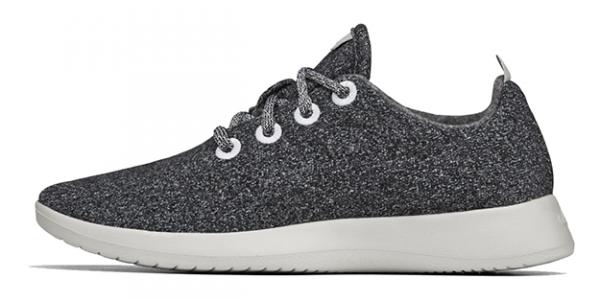 I might as well state the obvious. This is not a pretty shoe. But revolutions often start from the feet up, so why should a shift in the way we think about beauty, comfort, fashion (the three are not always synonymous) and the wider impact of what we wear, be any different?

Shoes have always been a harbinger of change. Imagine dodging the sewage of Paris in January in bare feet. If you were lucky, you might share some clogs with your 13 siblings, but really, that’s not the basis of an egalitarian society, is it? Et voila, the French Revolution.

Cherchez la shoe. Charles I’s inability to get to grips with this fundamental truth meant he took to wearing pom-pom bedecked mules.

Not a good look as far as parliament was concerned and he ended up on the scaffold. Louis XIV teetering around in heels subsequently named after him was another symbol of decadence – and a dynastic disaster waiting to happen. And so it continues, throughout history.

Upper class Chinese women in children’s sized shoes that only fitted because their feet had been bound (an innocuous word for bloody and bone-breaking mutilation) were a sure sign that sooner or later, several hundred million would rise up in irritation, if not nihilistic rage, ready to avenge their sex.

The shoe is deeply symbolic of all kinds of subconscious ferment. When Fragonard wished to portray wantonness he didn’t paint another topless lovely but a mischievous young woman bouncing around on a swing, one shoe flying off a dainty extended foot in the direction of a lascivious looking older man.

Perhaps even more than the sex, fetishes and socio economics, what’s really odd about shoes, is how uncomfortable so many still are, and how, a century after we unlaced our corsets, so many of us have been prepared to tolerate shoes that are downright painful.

“Shoes seemed the ideal place for us to tackle everything we wanted to change,” says Tim Brown, a former national soccer player in New Zealand, alumnus of the London School of Economics and co-founder of Allbirds, makers of something that is part sneaker, part jazz-shoe, part old-man slipper, but not really like anything you’ve seen before. The upper is made from top grade merino mule from New Zealand and Australia (from sheep that haven’t been mulesed) and milled in Italy (and also sourced by Tom Ford for his suits). The sole contains sugar cane derivatives and, unlike other casual footwear, no petrochemicals. The laces are recycled plastic. Brown is particularly proud of this because even though it squeezed their margins and everyone told them they were mad to insist on it, they did. Will the finished shoe, designed by an ex-Tom Dixon product designer, give Manolo Blahnik sleepless nights? Possibly not, despite being tweaked 27 times. But it’s oddly engaging.

This is precisely where Brown and American co-founder Joey Zwillinger, an engineer and renewables expert, were aiming. As a national soccer player, Brown had been showered with product from his sponsors Nike and adidas. “Nothing wrong with their product but their business model is predicated on constant change and bigger and bigger logos,” he says. “There’s a general assumption in leisure wear that progress is about adding stuff, when often it should be about subtraction.” Brown and Zwillinger were intent on doing something that looked simple (they call it “the right amount of nothing”) and challenging the prevailing mindset that comfort was “somehow a dirty word, something only old people are bothered about”. Their desire to be as sustainable as possible inevitably turned this into the most complex project of their lives. “It’s mad isn’t it,” muses Brown, “we can put people on the moon but we still haven’t come up with a shoe that, at the end of its life, you can bury in the garden?”

Allbirds aren’t quite there yet either, but they’re much further down the path than most of the other shoe brands.

I first came eye to eye with a pair when my Kiwi sister arrived in London last summer in a pale grey style she referred to as “runners” (I let it pass; she’s gone native). She only ever took them off to sleep or chuck in the washing machine (she says the spin cycle improves the shape, as it does baggy denim and, according to Brown, she’s right). They were perfect for a heatwave, since merino naturally wicks away moisture and is soft enough to wear without socks.

By the time she left, I wanted my own, as well as to feature them on these pages, but back in June, Allbirds weren’t shipping to the UK.

Four months later, they’re not only shipping, they’ve just opened their first store in Covent Garden, spiritual home of hip brands that look like start-ups. Allbirds is still a baby, having launched just over two years ago. But by word of foot, they’ve become a cult. Oprah, Gwyneth, Emma Watson, Cindy Crawford and Randy Gerber, Amy Adams, Barack Obama (and my sister) are fans. Leonardo DiCaprio was so impressed, he invested in the company.

They recently sold their millionth pair of runners (a term Brown’s wife also takes issue with, since, as she legitimately points out, they were not designed for running, although in fairness they also have loungers and skippers). Having just secured a further £38 million of investment, the company is now valued at a billion dollars. High stakes for something that chimes with many fashionable themes that might, as is the way with fashion, prove ephemeral. “I wouldn’t want to speculate too much on trends,” says Brown. “All I know is that 40 years ago my dad would come home from the office, switch off and change out of his suit into something more comfortable.

“Now, with the demarcation between work and leisure increasingly blurred, casual, comfortable clothing seems less like a fad and more a fact of life.” 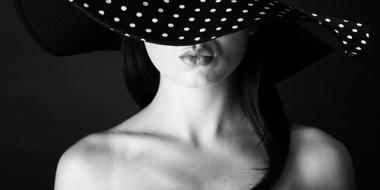 As a master class in dressing for spring, the front row of a fashion show has not traditionally o