The (Unexpected) Benefits Of Meditation 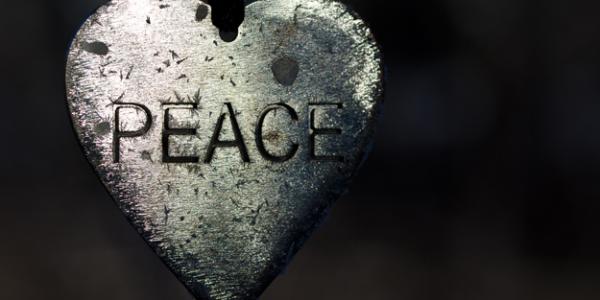 The (Unexpected) Benefits Of Meditation

Many of us are instinctively drawn to meditation these days – it’s the much touted anti-dote to modern day life. However, not so many of us are actually able to do it every day, and stick to it. In my case, it remained as just another thing on my to do list for ages simply because in the back of my mind, it seemed like a waste of time to just ‘sit still’ for ten minutes each morning. The truth is even if we do get started it is hard to keep it up – some of the most disciplined yogis do fall off the wagon.

For me, it was a gradual start. I began to realise I enjoyed the breathing exercises and Shavasana (relaxation) part of yoga classes, and I went on to explore these and other meditative practices at home. I instantly reaped big bonuses, such as sleeping better, having more energy and this gave me the impetus to practice regularly. Little and often. Then I began to hit a real gold mine of deeper benefits which I’ve written about here. There are many more. And the experience will be different for each one of us, but I hope these less talked about perks will inspire you to begin or kick start your meditation practice.

From my years as a Beauty & Health Director on various magazines, I understand well the action of the stress hormone, cortisol on the skin. It has the effect of reducing collagen and elastin in the skin which basically is what makes our skin elastic, cushioned and smooth. Meditation is known to reduce cortisol production by up to 33% and quite quickly I could see the effects of this in the mirror. Previously my skin would be tired, drawn and dry, but once I began to meditation every day, I realised it was smoother, dewier and more radiant. That’s not to say I can be without my favourite skin care – of course, we still need to look after our skin – but it’s like having a fail safe inside out approach.

Often meditators report aches and pains coming up at the beginning – almost as if their bodies are ‘shedding’ memories of old injuries. I did experience this, but equally I noticed that I had a higher capacity for pain, and it’s true that meditation can stimulate the production of the body’s natural painkillers – namely opioids and cannabinoids. The first inkling of this was when I began to notice I could fall into a deep meditation in the dentist’s chair – a big filling was no problem (though I still opted for the local anaesthetic!), and the normally nerve jangling clean and polish became plain sailing. I am lucky enough to not have to cope with any chronic conditions, but in the classes I each, I see many others who are able to use meditation rather than painkillers to control their pain without any side effects.

When we’re running around trying to squeeze in what seems to be an ever increasing amount of tasks into our day to day, we seem to lose the space to think. We feel like we’re fire fighting all the time and gradually without realising, we lose inspiration. It’s widely accepted that stress does close down the frontal lobes of our brain – the seat of creative thinking, which is known to ‘light up’ when we meditate. This manifested for me in moments when great ideas would spring forth, as well as creative solutions to problems I’d been ‘trying’ to deal with for ages. It felt like life and work could flow more easily and I was no longer just treading water.

We all understand the importance of sleep – and certainly, regular meditation will help sleep patterns regulate themselves. But there’s another side to that. I found that I had a new sense of energy and vitality that came from deep rest apart from sleep. Meditation takes us into deeper states of consciousness which aren’t sleep as such, but which relax the body so much that its own recovery and restoration mechanism can kick in. So often we override this mechanism by throwing our systems out of balance with stimulants (sugar, caffeine, alcohol), prescription drugs. Getting a daily fix of this deep rest means more vital energy – so called Chi in Chinese Medicine or Prana in the yogic tradition – so those precious minutes you spend in meditation actually pay you back in terms of having the resilience to cope with whatever the day throws at you.

Beyond the physical benefits regular meditators begin to notice much subtler changes to our emotional state, and how we feel about ourselves. For thousands of years, meditation has been at the very centre of all spiritual traditions from Buddhism to Judaism – because no matter what our religious beliefs (or otherwise) turning our attention inwards helps us become more self-aware. We begin to see our behaviour patterns, our conditioning in reality. This became the most fascinating part of for me – it was such a relief to begin to understand myself, and why I was reacting in various situations. I began to get more clarity and now have more confidence to cope with tricky situations. Of course, it’s not a fairy tale story – life does throw curve balls at us, but being able to stay centred in the eye of the storm helps a great deal.

These days our breathing is often compromised by modern life. Stress makes us constrict our breathing, and on top of that, sedentary lifestyles (sitting hunched over the computer or on the sofa watching TV) means we shallow breathe. Many meditative practices actually involve expanding the breath as part of the technique. Add in the de-stress element of the practice, and the body begins to expand, release and breathe easy as it were. I noticed this very quickly – and I found my whole posture improved quite quickly, and that even when I run I can breathe more easily which in turn has made jogging more enjoyable, even if I’ll never be a marathon runner. 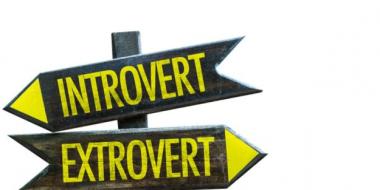 Are you an introvert or an extrovert? 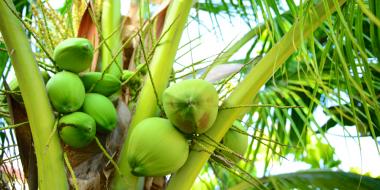 A New Kind of Natural

The hippy side of me will always be for natural and organic, but when it comes to beauty, I’m afr 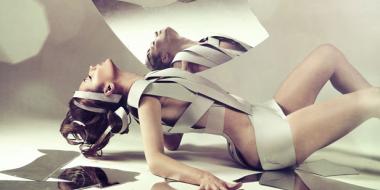 At a retreat recently, on the second day of a no caffeine, wheat, dairy regime (not something I’m