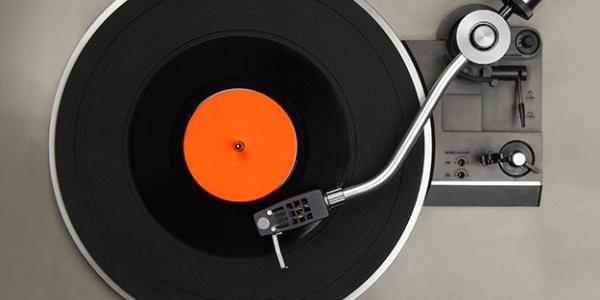 So this is what happens when you shout at your radio. Half-joking. (Well, completely joking.) As a Desert Island Discs listener from the age of knee-high (my mother never missed an episode), I was standing in my kitchen listening to it on catch-up. (Thank heavens for podcasts.) Now, that week’s castaway happened to be someone I knew – but in truth, they weren’t being that interesting. So I said out loud (and quite loud) to my radio: ‘When are you going to ask me???!’

Which meant that naturally, when just four days later an e-mail landed in my inbox titled: ‘Desert Island Discs’, inviting me to be on the programme, I did wonder whether my Pure Evoke radio had (like Apple’s Alexa) somehow been listening to my every word and communicating directly with Radio Four.

I promptly hyperventilated, repeated ‘OMG’ about 73 times (I was away from home at the time), then rang my husband in tears. Because it is, quite simply, one of the most exciting things ever to have happened to me. An amazing honour. Something that has literally made the huge amount of hard work I’ve put into my various businesses (Green & Black’s, the Beauty Bible website, my bakery and wellbeing centre and The Perfume Society) all worth it. And completely surreal, actually – not least when I discovered after the show aired that it is the most listened-to radio programme in the world.

I had no idea quite how time-consuming the experience would be, however. Ever since then, the emails, Insta-messages and Facebook Messenger missives have been pinging constantly. I’ve reconnected with two (nice) old boyfriends, a couple of other long-lost friends and had no less than five missives from fellow pupils of the school I went to (and dissed in my broadcast), telling me they also had equally scathing put-downs from the same Scripture teacher who told me I’d never amount to anything. (And I quote: ‘Jo Fairley, if you ever make so much as a Girl Friday, I’ll eat my hat.’).

Now in my case, that ignited rocket fuel under my chair to prove her wrong – but some of the others weren’t so resilient and took years to get over the blows to their self-esteem. There was even one e-mail from a (slightly older) pupil who’d been told she would ‘burn in hell’ because a) her parents were divorced and b) she’d been spotted dancing on Ready, Steady, Go!

The recording experience itself – fuelled by squares of Green & Black’s and tea served in a Desert Island Discs mug – was beyond fun. Lauren Laverne is loveliness itself and if you listen, I think you can hear what a hoot the whole recording was. Although afterwards, the fear set in. Because it would, I think, be impossible to ‘fake it’ during the interview – it’s like sitting on a psychiatrist’s couch, with the music triggering heart-felt emotion as only music can. Only unlike that private experience, you suddenly realise your soul-baring is about to be shared with millions of others. I hadn’t realised until after the show aired that I’d basically been holding my breath for several weeks.

It got me thinking, though, about how the ‘desert island’ idea could be applied to other areas of life. Food, for example. (Miso, peanut butter, ACTUAL butter, Green & Black’s Sea Salt chocolate, veggie sausages, my home-made fennel pickle, Marmite and Brillat-Savarin cheese – though that’d pretty soon be making a break for it, in the heat! – would all be in my Desert Island pantry.) And naturally, it got me thinking about my beauty must-haves.

Now technically, I’m only allowed a single ‘luxury item’ on the island – and it turns out, I wasn’t the first guest to say I wanted to take my pillow, as my choice. But I happened to be listening to an old episode in which the ‘inventor’ and debut presenter of DID, Roy Plomley, allowed legendary film star Marlene Dietrich to take a whole box with various luxuries in. (And do listen to the show in the podcast archive – she chose an Adam Faith record, among others!). So, working on that basis, here’s what I’d stash in my desert island ‘vanity case’…

This Works Deep Sleep Pillow Spray. Even though I’ve a hunch my pillow will help me to drift off in my shell-bedecked, palm-frond shelter, I’d feel slightly insecure if I didn’t have this to hand for insomnia emergencies. (I’m thinking: weird rustlings in the undergrowth.) Just the best sleep-beckoning spray ever.

Coola Face SPF30 Mineral Sunscreen. This summer 2019 skincare must-have (for me) will be coming with me. A light-as-air, effective sunscreen without the chemical SPF ingredients which have so troubled my skin in the past. It’s a great base for make-up (um, not that I’ll be bothering with that.)

High Strength Hyaluronic Acid Capsules by VH. I’m not quite sure what would happen to my skin if I stopped taking HA – and I’ve no intention of finding out. Skin-plumping, joint-easing, eye-soothing… If I was really limited to one supplement for the rest of my life (and I really hope that never happens), it’d probably be this all-rounder.

Aromatherapy Associates Deep Relax Bath & Shower Oil. Taking an actual bath might prove problematical but I’m hoping that somewhere on the island there’ll be a waterfall and I can smooth this into my skin and shower before bedtime. I rely very much on its legendary, soothing blend of vetiver, patchouli and sandalwood to calm a whirring mind. (I’d find being alone on the island pretty stressful generally, so I’d better have a vat of this, I think.)

Alida Foot File. Because – as I never tire of telling people – happy feet make a happy woman (in this case, a happy castaway), and nothing buffs them more effectively than this Beauty Bible Award-winner.

Neurophroline Serum by GoW for VH. My new fave skincare treat. With a wonderful slippy texture, definite firming and brightening powers, this will help counter some of the skin stress caused by UV exposure – which is going to be pretty unavoidable.

Thyme Out. To tackle all those mozzie bites, scratches (from foraging for my dinner), nicks and general skin niggles. (And also because I worry that the itchiness Thyme Out has essentially been keeping under control for months might boomerang back if I dared to stop using it.)

Guayusa Leaves. I rely on this for daily get-up-and-go to help me tick things off my ‘To Do’ list and keep me generally going like the Duracell Bunny. And I’m going to need every bit of energy to build the raft which – as someone who is most definitely unsuited to roughing it – I’ll need to get me back to civilisation, a comfy bed, hot and cold running water, fluffy towels. And to my husband – who as several million Desert Island Disc listeners now know, is truly ‘wonderful’… 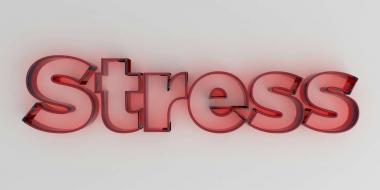 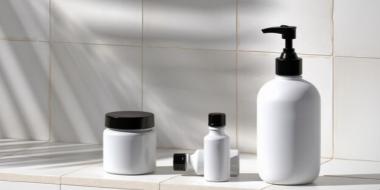 Skip Care Is The New Self Care

Over the past two years, the term self care has been associated w 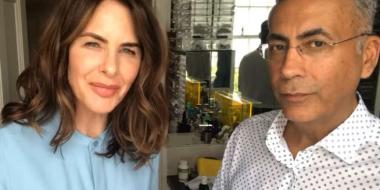