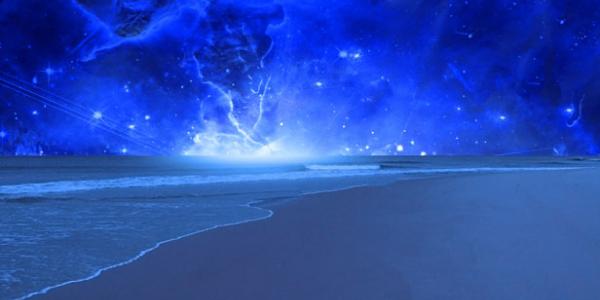 Krill oil capsules are manufactured from krill, tiny shrimp-like crustaceans that inhabit the cold ocean areas of the world such as the North Pacific Ocean and Antarctic. Despite their small size, roughly six millimetres in length, krill makes up the largest animal biomass in the world, more than the combined weight of all humans on earth. Krill oil is now gaining in popularity by way of supplements due to its numerous advantages and benefits.

Krill oil capsules, like fish oil, contains omega 3 essential fatty acids such as eicosapentoic acid (EPA) and docosahexanoic acid (DHA). We are constantly being reminded that we do not consume sufficient oily fish making us omega 3 deficient. I am going to digress briefly to talk about omega 6, another fatty acid which we obtain from vegetable oils, eggs, poultry, cereals, nuts and wholegrain breads. Ideally, the body requires both omega 3 and omega 6 in a ratio of 1:1, however our diet is abundant in omega 6 and deficient in omega 3. It is estimated that we currently ingest between 20 and 50 times more omega 6 than omega 3 essential fats. This does create a problem because an abundance of omega 6 can suppress the immune system, promote excessive cellular growth and cause inflammation in the body, which can lead to concerns such as arthritis.

I have consistently said that the two most important categories to maintain health are to increase your antioxidant intake and to ensure you take omega 3 supplements. Until a couple of years ago, I used to recommend high strength fish oils as a source of omega 3. High quality fish oils are good sources of omega 3 fatty acids, however they have no antioxidant activity and thus vitamin E is added to supplements to help protect the oils from turning rancid. Taking fish oils actually requires you to take high levels of antioxidants since fish oils have weak/little antioxidant protection. Fish oils are perishable and their oxidation in the body may lead to free radicals, which may damage our cells. Therefore when you take fish oils, you need to increase your antioxidant intake whereas krill oil capsules contain one of the most potent antioxidant called astaxanthin, which occurs naturally within krill oil giving them their distinctive red colour. This is why krill oil is often referred to as ‘red krill oil’. Krill oil also contains naturally occurring vitamins A, D and E further adding to its extraordinary antioxidant properties.

Antioxidants are the body’s primary way of neutralising damaging free radicals. Numerous scientific studies indicate that antioxidants help protect the cardiovascular system, the immune system and the brain. The antioxidant activity of krill oil, due to its astaxanthin content, is approximately 50 times more than that of fish oil. In fact, if you compare krill oil against some well known nutrients, krill oil is nearly 50 times more potent than lutein and 300 times more potent than vitamin E.

As mentioned earlier, krill oil contains the same essential fatty acids as fish oils, EPA and DHA. However, in fish oils these omega 3 fats are found in a triglyceride form. Triglycerides are basically circulating fats that are used as an energy source. If these triglycerides are not used for energy, they are converted into fats and stored onto the fat cells of our bodies.

What are the benefits of krill oil capsules?

Krill oil has many benefits and these include:

Some of these benefits can also be attributable to high quality fish oils, however krill oil is greatly absorbed by the body and easily utilised making it the best source of omega 3 essential fatty acids. Please note that krill oil should not be used by anyone who has an allergy to shellfish. If you are a vegetarian or vegan, or simply do not consume any fish, most vegetarian sources of omega 3 fatty acids, such as flaxseeds and hempseeds, are not converted into EPA and DHA by the body in any meaningful amounts. There is only one vegetarian source that I know of that is comparable to fish oils, echium seed oil which is marketed as a supplement named Echiomega.

How sustainable is krill oil?

Some concerns have been raised as to the over-farming of krill for human consumption. Krill is the largest biomass on earth and less than two percent is actually harvested each year. Krill harvesting is regulated stringently under an international management of 25 countries by the Commission for the Conservation of Antarctic Marine Living Resources. It is interesting to note that out of the two percent that is farmed, almost 90 percent of this is used for sport fishing bait and the rest is used for human consumption with less than one percent being used for supplementation.

Why you should take krill oil?

The human body cannot manufacture omega 3 essential fatty acids and these have to be obtained from our diet. Vegetarian sources of omega 3’s are converted poorly by the body into their active components and thus it is well recognised that animal based omega 3’s are the best source. Whilst fish oil supplements are the most widely used sources of omega 3’s, they are not without problems which I have referred to above.

I recommend Neubria Krill Oil – For Omega 3 because the krill is derived from the pristine deep water seas of the Antarctic Ocean and is free from heavy metals and other contaminants. Krill oil capsules are therefore cleaner, utilised more effectively than fish oil capsules and offers numerous protective benefits to the body.