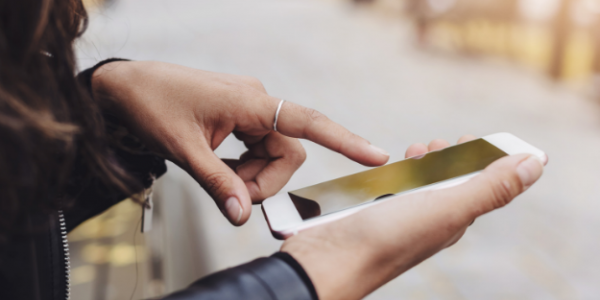 Breaking news alerts, social media and messaging apps are usually the vices that subconsciously have us checking our phones two, three, four, sometimes five times an hour. Last year, we spent over three and a half hours on our phones on average every day. Most of us are reliant on them for getting us from A to B, dividing restaurant bills and keeping us in touch with the office. For some, the low battery warning or loss of signal can send anxiety levels spiralling.

The relationship between us and our smartphones has faced plenty of scrutiny over the past few years. Last year, it peaked when the NHS opened its first Centre for Internet Disorders. Admittedly the centre has a more generalised focus on the impact of the internet and gaming rather than our trustee phones, but it would be naive to ignore the effects that portable devices can have on our mental health and concentration levels.

It’s the latter that have received less attention, but flitting between apps, news feeds and emails is likely to have shortened our concentration span more significantly than you think. So much so, tech companies are now creating apps to help improve our focus. But, can an app really help or will it just increase your screen time?

Neuroscientist Dr Liron Jacobson understands the multiple shortcomings of technology, but he also sees the benefits and helped create Peak, an app that helps to exercise various parts of your brain. “It can be good to us, there are studies suggesting some of Peak games can improve performance, there are apps that encourage you to keep on with physical activities etc,” says Dr Jacobson. “Technology is here and we cannot avoid it, however we should control the quantity and the quality of the usage.”

What exactly does Peak entail? The daily workout encompasses four games and covers language skills, problem solving, memory, focus, mental agility, emotion and coordination. The workout takes between five and 10 minutes each day to ensure it slots into busy schedules.

Interestingly, earlier this year a study by Queens College of the City University of New York revealed that some brain training apps could have the ability to ease symptoms of depression. The small study took 46 young adults with mild-to-moderate depression, including depressed mood, loss of interest, concentration and energy, and difficulty sleeping.  After eight weeks of using a brain training app every day, the group showed significant improvements in both self and clinician-rated depressive severity, everyday functioning and cognition.

For those who feel that their screen time is too high to even consider spending an extra 10 minutes on your phone, there are other ways to help improve your brain functions. “Make sure you exercise on a regular basis, keep on a healthy diet, find the time to relax, and sleep. Then, make sure your mind is cognitively challenged with different kinds of activities, some which are new to you, keep a social life, learn a new skill and do things that make you happy,” says Dr Jacobson.

Ensuring that your B vitamin levels are topped up is also important as these help to lower your homocysteine, which in high amounts has been linked to cognitive decline. Unless you eat plenty of oily fish on a weekly basis, it is worth incorporating an Omega 3 supplement into your routine too (look to Neubria Krill Oil for a good source and if you’re vegan, try Echiomega).

If you want a supplement that will help increase your focus and concentration span it is worth exploring Neubria’s range, in particular Edge. With a blend of seven potent botanical ingredients, including Bacopa Monniera Extract, Ashwagandha Root Extract and Ginkgo Biloba Extract, this clever supplement helps to boost your concentration, clarity and focus. With post-summer blues coupled with a busy, back-to-school schedule taking it’s toll, this supplement could be just what we all need…