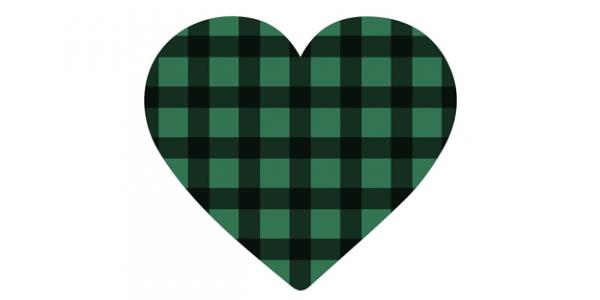 I know, I know, it’s not very 2017 to be buying head to toe anything and really, unless you’re a Russian oligarch’s moll, few of us spend tens of thousands updating a winter wardrobe. Still, that “back to school/ university/ job /life without school children clawing at your knees all day” feeling- the last one a particularly  delicious one – signals the moment to reassess the change in seasons and much more importantly, your wardrobe.

Since late July, the magazines have been full of thigh-high boot chat but I like to think that most of us prefer to buy autumn clobber when there is genuinely a chill in the air and when we’re not trying to dredge up the dregs of a summer sun tan. So here is a round-up of items that that will instantly update and add vim to what you already own. Heck, they’re pretty classic (and thankfully practical) items so they may already be lurking in your wardrobe if you’ve been canny enough to hold on to past goodies. In any case the following should see you right through to April. In Gill’s words, let’s do it.

How to stand out with resorting to a cacophony of colour or dizzying distracting digital prints?  Checks of a myriad variety from a monochromatic Prince of Wales to micro size or tartan blanket style add interest, colour pattern and a touch of retro and are very much where it’s at. The great bit? Checks are office friendly and yet you will still want to wear them on the weekend. Brits, let’s face it are so much better at doing winter, this is after all the isle that which invented tweed, knitwear to stand the test of time and wellington boots. And beautiful heritage tweed is exactly what you will get to indulge in.

This looked most fresh when worn head to toe in a trouser suit. Alternatively a check blazer will be your “go-anywhere, go-with-everything” staple. Alexander Wang and Stella McCartney ruled the catwalks but head to Caramel for something more affordable.

Which brings me neatly onto the other big trend.  Tailoring, of the double breasted variety specifically was out in force, notably at Celine and Calvin Klein but more wallet friendly at Racil, Tibi and Zara.  It has lost its workaday slant by being fabulously cut; strong shoulders on jackets which are then teamed with sharp, pressed trousers with turn ups that recall a rakish, Katherine Hepburn elegance.

Oversized shoulders a la Balenciaga are an option for the uber fashion forward but really, the beauty of this trend is that there is something for everyone and at every price. Over-sized trousers should be worn high on the waist to best elongate legs – seek out belted versions or paper bag waists for added definition.

I love it when the fashion Gods decree a trend that really works and is practical as much as it possesses the wow factor. The 24/7 dress is that gift, still going strong after last summer and for good reason. There aren’t too many rules here other than midi length is still where it’s at and a high collar, ruffles, a splash of ditsy florals ,polka dot and a nod to Victoriana nod feel most current.  Toughen up with Victorian inspired lace up bootees (Jimmy Choo’s ‘wet leather’ version are high on the lust list) as well as fashion’s Duracell bunny, the trench coat.

There isn’t a definitive answer this season. The kitten heel brigade is still out in force, possibly because women have a hope of finding something uber decorative while still being able to walk (and which isn’t a pair of trainers). You don’t get more decorative or exquisite than Rochas, designed by the talented Alessandro dell’ Aqua – check out his embellished flats in many jewel shades- although if the budget doesn’t allow, then head to Uterque. Otherwise low block heels with an architectural slant are also high on the radar. For those who prefer mannish tailoring, you can’t go wrong with a pair of brogues. Church’s are my favourite but Doc Martens (yes really) do a great pair of black lace ups that will go with everything.

Thought shirts were workaday and boring? Think again.  Nothing will work as hard in your wardrobe this winter; they are smart without ever seeming too stuffy, dressed down and yet very cool, elegant and comfortable looking despite the formality they have the ability to confer on an outfit. Sleeves – pleated, ruffled and oversize are big news. They can also look darn sexy even when unbuttoned just so ,offering a hint of what lies beneath. Jacquemus and Rejina Pyo make standout architectural looking ones but so too do Cos and Whistles.

What can I say?  Red is such big news this autumn that Lisa Aiken, Retail Fashion director at Net-a- Porter bought over 100 styles of red shoes for the website to prove it. While a slick of red lippie can look a touch too retro when combined with the swoosh of a Fifties Mad Men skirt, the colour red looks killer when teamed with shades of nude or pale pink adding fizz to what can often end up being drab wintery outfits. The beauty is that it works on pale skins as well as on darker skin tones, blondes or brunettes.

If none of the above tickles, then add impact with a pair of statement earrings. Something reassuringly bold, gutsy and chunky will perversely enough be an investment that you will be pulling out for years to come. It ticks off the feel-good shopping high without having to buy yourself diamonds and you will never, ever not be able to fit into them. 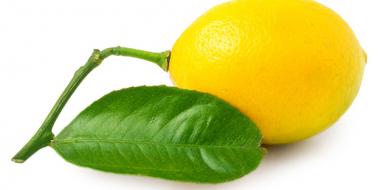 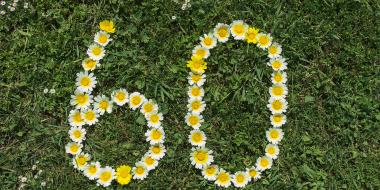 Vitamins For The Over 60s 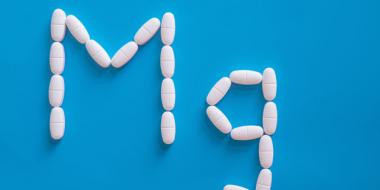